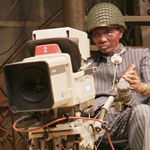 It accomplishes this all without a single talking head, no narration and very little explanatory text. It plunges you into this world of war criminals and their supporters who are amazingly comfortable with director Joshua Oppenheimer (and un-named Indonesian co-director – at least half of the names on the credits are listed as “ANONYMOUS”). Oppenheimer is barely seen or heard but sometimes they address him by name like a trusted friend. END_OF_DOCUMENT_TOKEN_TO_BE_REPLACED 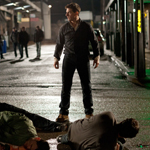 JACK REACHER is the latest in a line of movies based on a pulp character using the character’s name as the title and not making enough money to continue as a series like they probly planned (see also JOHN CARTER, ALEX CROSS, PARKER, HITCHCOCK). This one’s specifically from a book called One Shot by Lee Child, ninth in the Reacher series. I don’t know the books, just the complaint by many readers that it’s important for him to be a big intimidating guy and not a little guy in a little leather jacket like Tom Cruise always plays. So this would probly bother me if I had read them. END_OF_DOCUMENT_TOKEN_TO_BE_REPLACED

I guess I should mention it’s a G-rated documentary about cave paintings directed by that weirdo Werner Herzog. So alot of it is just the camera slowly panning back and forth across the same cave wall while squeaky violins and creepy chants lull you into a trance. In 3D! END_OF_DOCUMENT_TOKEN_TO_BE_REPLACED

What exactly is THE BAD LIEUTENANT: PORT OF CALL NEW ORLEANS? It’s not a sequel, not exactly a remake to BAD LIEUTENANT. Werner Herzog, who directed this new one, claims he hasn’t seen BAD LIEUTENANT. Ferrara claimed he was gonna stop this one from being made. (In my opinion he failed.) This isn’t about the same character and I didn’t notice any mention of the original screenplay in the credits. But it does have a little bit of a BAD LIEUTENANT vibe, and that’s all I can ask. END_OF_DOCUMENT_TOKEN_TO_BE_REPLACED

In my opinion MISTER LONELY writer/director Harmony Korine is a weird dude. He wrote KIDS for Larry Clark when he was 19, became a director with GUMMO and later did JULIEN DONKEY BOY. His movies are freak shows of improvisation, arty photography and the complete rejection of any mainstream idea of what a movie is supposed to be. As much as I have tried to push the idea of him directing a mainstream movie like a MISSION: IMPOSSIBLE it doesn’t seem to be something he’s interested in. Instead he hangs out with Werner Herzog, gets involved in that whole Dogme 95 deal, and makes weird books with titles like A Crack Up At the Race Riots. He’s also known for his bizarre interviews like on Letterman when he was younger or with a fan websight who he instructed to meet him in the projects, then spoke to them by phone for a while, then showed up and made them listen to Beyonce on a laptop while he sat in a lawnchair petting his dog. END_OF_DOCUMENT_TOKEN_TO_BE_REPLACED