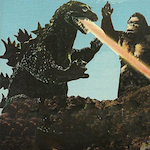 So after that wait Toho brought back original director Ishiro Honda, composer Akira Ifukube and effects director Eiji Tsuburaya (who held KING KONG dear since it had inspired his interest in effects) to revive Godzilla in this big crossover event that marked both monsters’ first appearances in color and in widescreen. Also their first movie that opens with a quote from Hamlet (at least in the American version, which I watched because I didn’t realize the original was hidden in the supplements of the Criterion box set). END_OF_DOCUMENT_TOKEN_TO_BE_REPLACED 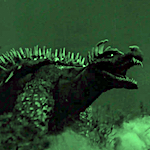 Here’s one way it’s similar to FRIDAY THE 13TH PART 2: it’s not the same killer as in part 1. The first Godzilla was definitively killed by the oxygen destroyer, and when what appears to be the same creature is spotted, Dr. Kyohei Yamane (Takashi Shimura, returning from the first film) is sure it’s not a resurrection, but another monster of the same species. Everybody still call him Godzilla like it’s his name, though. END_OF_DOCUMENT_TOKEN_TO_BE_REPLACED 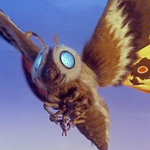 The structure seems lifted from KING KONG. An expedition to a mysterious island inhabited by strange creatures and primitive, drum-thumping natives brings something exotic back to the city to be exploited in a heavily hyped stage show, but these forces can’t (and shouldn’t) be contained, so this all leads to a giant creature attack on a city. END_OF_DOCUMENT_TOKEN_TO_BE_REPLACED