He does catch on that the new manager at the docks where he keeps his boat is really a D.I.A. agent sent to keep tabs on him. He asks Dani (Mary Elizabeth Lucy McClane Winstead, BOBBY) on a date, maybe just to get her to admit she’s spying on him and convince her he’s not a threat. But when some dudes try to kill both of them they end up on the run together. They head to Colombia to meet up with his Old Agency Friend turned small plane pilot Baron (Benedict Wong, LARGO WINCH). END_OF_DOCUMENT_TOKEN_TO_BE_REPLACED 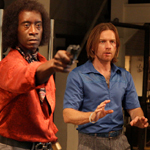 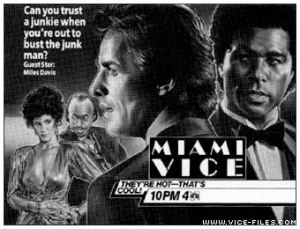 The story takes place over just a couple of days, with the device of Ewan McGregor as totally fictional Rolling Stone writer Dave Braden barging his way into the “black Howard Hughes” life of Miles, promising to write his “comeback story!” At first Miles gives him many variations of “fuck off, white boy,” but eventually the two are hanging out together. Making this odd couple happen requires deceit and cocaine and puts the reporter in the middle of many tense situations involving guns and/or a fierce insistence on artistic purity. END_OF_DOCUMENT_TOKEN_TO_BE_REPLACED