In the opening, a quick clip montage (as was the style in those days) and Charley’s narration recap what happened in the first film, only for him to then say that he imagined most of it. Yes, Jerry Dandridge was a serial killer, but “vampires aren’t real.” Charley says he’s returning to “the real world” after three years so I thought he’d been hospitalized, but I guess he just means he’s mentally returning to a world where monsters don’t exist. He says he’s worried he’ll run into Peter Vincent, which is weird because in the next scene he goes to visit him. END_OF_DOCUMENT_TOKEN_TO_BE_REPLACED 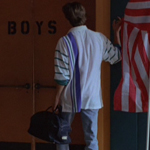 CUTTING CLASS is the slasher movie starring Brad Pitt. It’s one of his first couple movies, so I figured he would just be a supporting character, like, smaller than Johnny Depp in A NIGHTMARE ON ELM STREET. But he’s actually one of the three leads. There’s Final Girl Paula (Jill Schoelen) and two serious suspects for a series of murders that are going on around her school: her jock boyfriend Dwight (Pitt) or Dwight’s childhood best friend Brian (Donovan Leitch, THE BLOB), who was just released from a mental hospital after being blamed for the murder of his father. The movie does a good job of leading you back and forth about which one of these guys is the killer. Or if you want you can go ahead and believe the parts where the creepy janitor (Robert Glaudini, writer of the one movie Philip Seymour Hoffman directed, JACK GOES BOATING) acts suspicious. END_OF_DOCUMENT_TOKEN_TO_BE_REPLACED 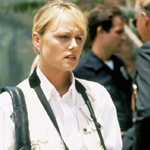 I should specify, that’s what the box of ANGEL 4 is about. The movie itself is a standalone story where she’s not an executive and there’s no boardroom (or bedroom, really) and she doesn’t look like the same lady on the cover and doesn’t become a hooker again. But you know, you gotta let the marketing people express themselves too. They had a story they felt like they were born to tell, and they just had to let it out.
END_OF_DOCUMENT_TOKEN_TO_BE_REPLACED 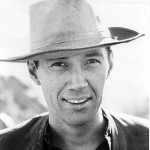 Well let’s take the gloves off, you can forget about “what if” and come down to the world of reality because I’m about to tell you that I just saw EXACTLY THAT movie described above. (see above.) CIRCLE OF IRON starts out with a corny statement about Bruce Lee before going into a MORTAL KOMBAT type competition where half naked white dudes with mustaches do karate against each other as some type of a test. END_OF_DOCUMENT_TOKEN_TO_BE_REPLACED