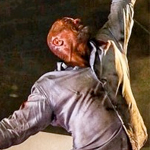 “The Pearl” as it’s called due to a round structure at the top is owned by rich dude Zhao (Chin Han, THE DARK KNIGHT, GHOST IN THE SHELL), who we later find out is being shaken down by some tactical mastermind guy (Roland Moller, ATOMIC BLONDE) whose guerrillas infiltrate and set the building on fire. Will is outside of the building when it happens, but he gets blamed for it and must evade the police THE FUGITIVE style and figure out how the hell to get onto the building because his wife (Neve Campbell, WILD THINGS!) and twins (McKenna Roberts and Noah Cottrell) are on the 96th floor. END_OF_DOCUMENT_TOKEN_TO_BE_REPLACED