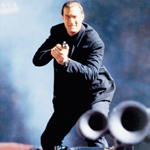 I think you know how I feel about this movie. It stands as one of Seagal’s best big studio movies, one of the great sequels in the history of action, and one of the best DIE HARD rip offs. It’s a cool, accessible Seagal with a great supporting cast (especially the villains) doing enjoyable special-effects-based spectacle action while also spreading the gospel of choking and wrist-snapping. I’m not sure I can write a new review of it, since of course I wrote a whole chapter about it for my book Seagalogy: The Ass-Kicking Films of Steven Seagal and talked a little more about it in my Cinefamily Journal last year. So instead, to honor the occasion, let’s take a look at some of the key players and consider how much they’ve accomplished in the two decades since. END_OF_DOCUMENT_TOKEN_TO_BE_REPLACED

Released in February of 2001, VALENTINE was one of the last of (the last of?) the post-SCREAM studio slasher movies. Its low box office totals, combined with the success of THE RING the next year, might’ve sealed the deal on that particular horror cycle. It’s directed by Jamie Blanks, who debuted with the similarly crappy URBAN LEGEND and later returned to his native Australia, where the spirit of the Tasmanian tiger or something blows in the wind, into his lungs, inspiring him to make much better movies (STORM WARNING, NATURE’S GRAVE). END_OF_DOCUMENT_TOKEN_TO_BE_REPLACED 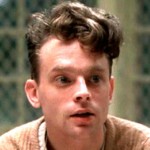 As some of you know, over there in Japan they are making cartoons for adults, and what they’re doing with Bride of Chucky is doing the same thing for puppets. I think many adults have always wanted to watch a puppet movie but they were too embarrassed unless it had alot of blood and a respectable brand name like Bride of Chucky. END_OF_DOCUMENT_TOKEN_TO_BE_REPLACED