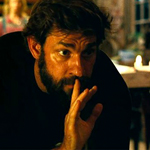 We follow a family who have already developed methods to survive in this dangerous new reality. They live on an isolated farm, they speak in sign language. Their daughter (Millicent Simmonds, WONDERSTRUCK) is deaf, so she’s good at being silent, but of course she doesn’t necessarily hear if there’s a monster behind her or someone else is making a sound that’s gonna attract one. They’ve developed warning systems involving lights, torches that seem to communicate with other survivors (though we never see them) and various emergency backup plans. When they need to go into town to scavenge they walk barefoot on trails of sand (I wonder where they got all that from?) It shows just how serious this is, and how much work they have to put into it, and also it’s a cool visual. END_OF_DOCUMENT_TOKEN_TO_BE_REPLACED 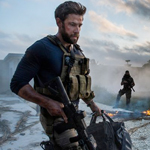 The appeal to Bay, and of the movie, is the portrayal of these soldiers, their professionalism and heroism, their drive to use their unique skills in a hugely uphill battle, even when they’re (according to the movie) told to stay out of it. From THE ROCK to the TRANSFORMERSes, Bay has always had a fascination with these types of elite soldiers. He’s good at casting big, manly looking dudes and having them throw out the lingo and sling the hardware around and seem like they’ve been doing the job forever. Krasinski is buffed up (he has one scene to really showcase his six pack) and everybody has a shaggy beard and a sweaty forehead, of course. END_OF_DOCUMENT_TOKEN_TO_BE_REPLACED