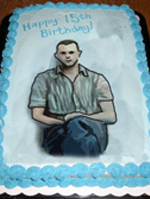 Yes it’s true, 15 years ago ago today Universal unleashed the remake of Alfred Hitchcock’s PSYCHO from the director of DRUGSTORE COWBOY. I didn’t really pay attention but I’m sure everything turned out okay with that. And I see no reason why this new Village Voice piece of mine in which I write positive things about the movie should go over poorly.

I’m spending my evening planning a shot-for-shot-ish remake of the TV movie BATES MOTEL, hopefully with DJ Qualls in the Bud Cort role and with Vince Vaughn’s stunt double (or Jon Favreau) as Norman Bates. How are you celebrating?

That’s trouble though because it was easy to predict that nobody could withstand comparison to Anthony Perkins as Norman Bates. It’s interesting to see someone else try to put a different spin on it, but I doubt you could find anyone who prefers Vince Vaughn or even thinks he comes a close second. I’m not sure who the miraculous casting choice who would work as Norman even though he’s not Anthony Perkins would be, but Vaughn ain’t the guy. END_OF_DOCUMENT_TOKEN_TO_BE_REPLACED 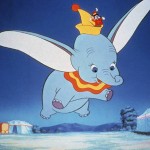 Now I know I am against the wheat grain on this one but for me, that was the thing that SOLD me on this Van Sant, not the thing that lost me. Sure, DRUGSTORE COWBOY was a great one and there was some good business in his other pictures, but it was the day he cashed in his mainstream clout to do something THAT fucking ridiculous that made me think this was a guy I could really respect. Nobody else would get the chance to try something like that, nobody else would WANT to try something like that, and anybody, including him, is not likely to get out of that one unscathed. It was a god damn kamikaze mission, or “homicide bombing” as our friends at Fox “news” call it in their unending quest for a new, less accurate form of speaking. END_OF_DOCUMENT_TOKEN_TO_BE_REPLACED 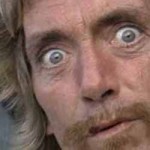 What I like about this one in my opinion is that it is an anti drug movie that doesn’t stack the deck. It makes it clear that drugs are fun when you are doing them, they make the world happy and the cowboy lifestyle as they call it is exciting. So then after being honest it goes on to deal with the negative side. END_OF_DOCUMENT_TOKEN_TO_BE_REPLACED