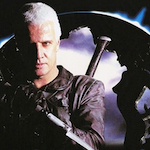 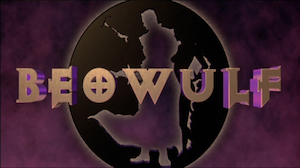 So here we have a movie that has a KOMBAT-esque logo, a techno and industrial soundtrack (Front 242, Juno Reactor, KMFDM, Junkie XL, also Anthrax), a big climactic fight with a crude CGI monster, and yes, it is also a recognizable adaptation of the story of Beowulf (Lambert), the monster Grendel (uncredited Vincent Hammond, also a suit performer in FULL ECLIPSE, THE RELIC and SPECIES II) and the king Hrothgar (Oliver Cotton, FIREFOX, WONDER WOMAN 1984). END_OF_DOCUMENT_TOKEN_TO_BE_REPLACED 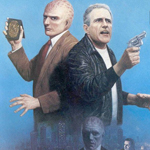 But Francisco is different from other cops who are different, because he’s not just a different race or gender from Sykes, he’s from a different planet. He’s a Newcomer, an alien. Three years ago they arrived in “an intergalactic slave ship,” but they’re genetically engineered to be highly intelligent and adaptable, so they’ve already integrated into human society much more than the ones in DISTRICT 9 did. They have large, bald heads with distinctive spots on their skin, but they’re humanoid so they just wear suits and ties and sunglasses and shit like anybody else, and they take on human names and jobs and try to fit in like any immigrant in America. END_OF_DOCUMENT_TOKEN_TO_BE_REPLACED