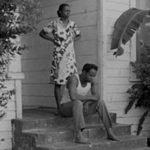 The lamb-murderer of the title is Stan (Henry G. Sanders, CHILD’S PLAY 3), but that’s not to say he’s some sicko – he works at a slaughterhouse. The job seems to be as exhausting and soul-sucking as it sounds. In his time off Stan always looks tired, often shirtless, just sitting around unless he’s on the floor fixing something or other. Friends are always coming over, sometimes trying to get him to do some crime or other money-making scheme. These leather jacket wearing bigshots try to smooth talk him into something until his wife (Kaycee Moore) comes out to tell them off. 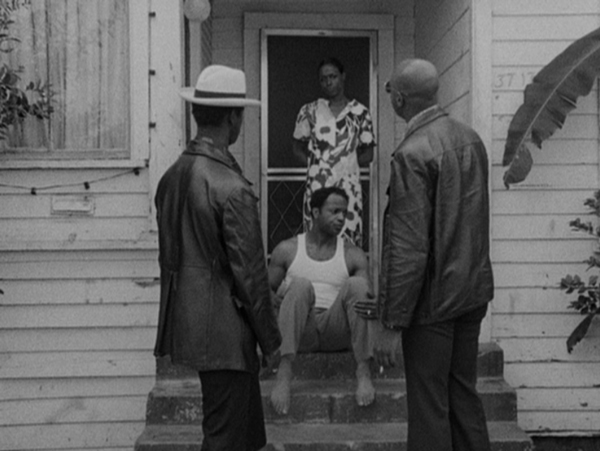 In my opinion Stan is kind of a weirdo. In one scene he drinks tea with a friend who came over, and muses about the steam from the tea cup feeling like a woman’s breath on his cheek before making love. He seems very sad. There’s a scene where he slow dances with his wife, and he’s shirtless here too. But not Fabio shirtless, more like “got up and only put his sweatpants on” shirtless. It goes on for minutes before she starts sensually rubbing his back. But he pushes her away.

The poor unnamed lady does what she can to bring happiness into Stan’s life, or into hers. While heating a pot of something on the stove she holds up the lid and looks at her reflection. Then she goes to a real mirror to make sure she looks good before he gets home. Cut to him slumped in the kitchen chair, looking tired and depressed again, drinking tea again (at least with a tie-dyed shirt on). 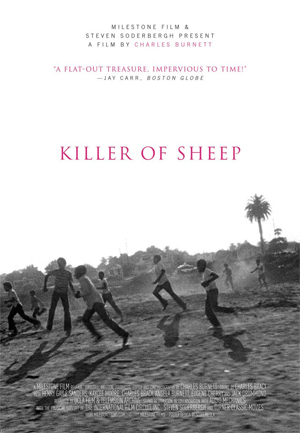 You know how it is, you work hard all day looking forward to getting home, then you’re tired and you don’t use your time as well as you had imagined. Stan’s job is more draining than most, judging both from his melancholy and from the occasional graphic slaughterhouse footage. What is this, Charles Burnett, an Italian cannibal movie?

Okay, it’s mostly not that grim, but this family can’t seem to catch a break. One afternoon Stan makes a deal for a car engine, which for some reason is in an upstairs apartment, so he and a friend have to carry it carefully down a bunch of stairs, across the street, lift it into the bed of the truck, push it in… it’s a whole lot of work. Then when they pull out it immediately falls out and breaks and they decide to just abandon it.

Eventually they somehow get a car in working order so he and the wife and friends can go on a drive out to the country together. And you feel so good for them to get a break like this, especially the wife. And they get out on the road far away from Watts, but they get a flat tire and don’t have a spare so they just go back home on the rim.

But KILLER OF SHEEP is not just wallowing in sadness. It’s entertaining. The lack of exposition turns each vignette into a little puzzle – you’re dropped into a scene and have to guess who’s who and what they might be up to. I like the scene where a bunch of people are sitting in a parked car talking: 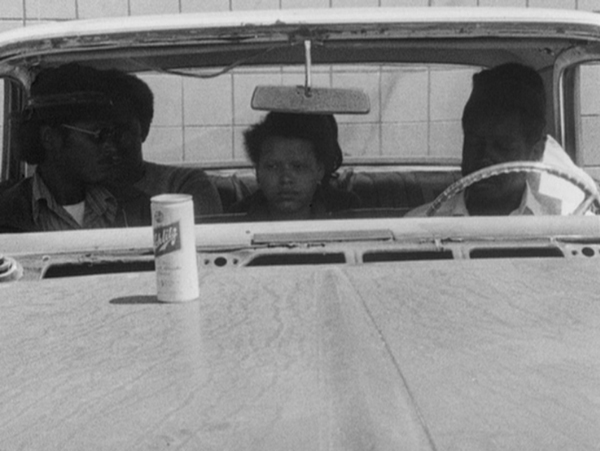 I kept wondering if they were gonna get that can of Schlitz off the hood before they pulled out. Then suddenly this happens: 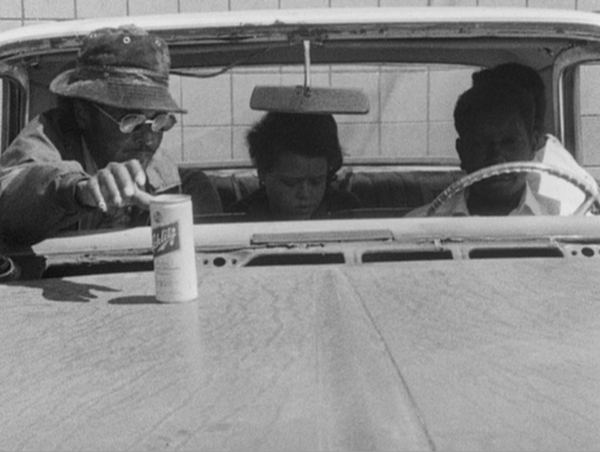 There was no windshield the whole time! The magic of cinema.

And much like THE FLORIDA PROJECT (which likely was influenced by it) there are many scenes of neighborhood kids running around doing neighborhood kid shit, and you can feel a bit of that care-free childhood naivete by proxy. They spend many days on empty lots throwing dirt bombs at each other, using rotten pieces of plywood as shields, pig-piling on each other, running over to throw rocks at a passing train, picking up wooden posts and dropping them off of walls, banging wrenches against things, jumping across roofs. They pour half a box of C&H on their cereal. They stand around wearing a weird dog mask waiting to get a reaction. 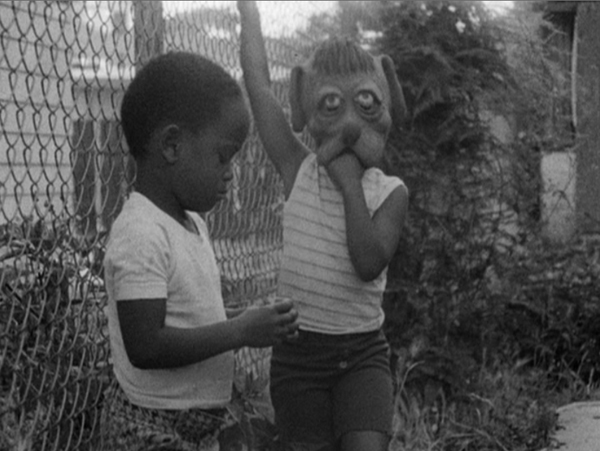 I think I knew this at one time, but I totally forgot until it came up that there’s a shot of kids jumping from building to building… 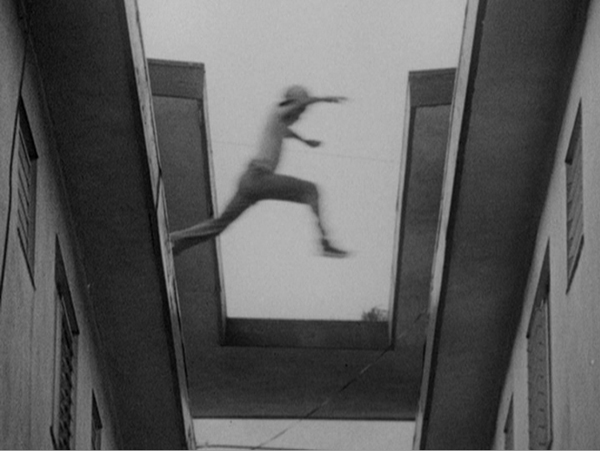 …which was tinted red and used as the cover for Mos Def’s 2009 album The Ecstatic. (I didn’t catch the exact right frame, but you get the idea.) 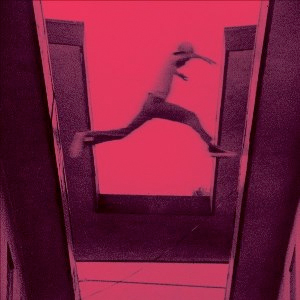 There’s all kinds of observant kid detail. Like, one little girl has to wait in the truck for her parents, another little girl sees her, comes over to talk to her. There’s a separate shot to show her reaching down to pull up one sock for no reason. Just weird things that kids do. 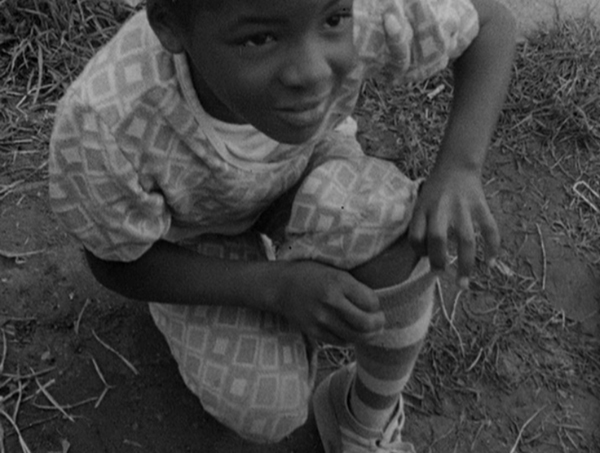 I love the artificiality of movies, but it’s also exciting when you see something in a movie that feels so much like real life that it makes other movies feel phony. And this is that way with the random, rhyme-and-reasonless mischief of kids. I understand why three kids would pile on a bike and ride it down the street with barking dogs chasing behind. I understand less whey they would get in the path of a car and then get off the bike and run away leaving it blocking the street. But I know they would do it. This is life.

It’s very possible that none of this stuff is suggested by Burnett, that he just followed the kids around doing what they do. The scene like this that affected me most is about a big rock fight. One little boy is on the roof holding a hand that apparently got hit, crying. The camera zooms in. This is clearly real. He flinches at another rock, sits on a ledge, covers his face, can’t stop sobbing. You can feel how this kid feels, that exaggerated emotion of childhood. And then you worry about the embarrassment of knowing this is preserved on film forever. But once he was an adult it probly didn’t matter, it was probly funny and kind of cool to have a record of childhood like that. 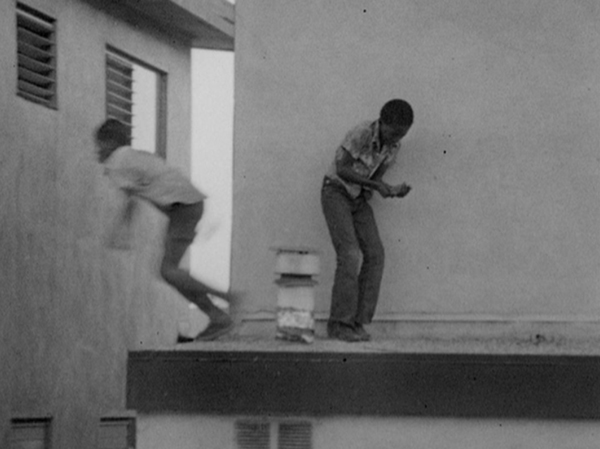 All of these nameless characters just seem to be acting like themselves. You feel like you’re spying, eavesdropping, time traveling. Sanders’ performance as the depressed Stan is more complex, and it’s a big part of what’s great about the movie. Burnett apparently knew him as a fellow film student, and he got other acting jobs during the filming, including in THE BLACK GODFATHER and on some TV shows including The Rockford Files. Right after I finally watched KILLER OF SHEEP I watched JOHNNIE MAE GIBSON: FBI and was surprised to spot him in it. He’s the only cast member to go on to a long acting career. In recent-ish years we’ve seen him in ROCKY BALBOA and WHIPLASH, and as Leonard’s homophobic uncle Chester on Hap and Leonard.

Moore is also great, but has had a less prolific screen career. She did appear in a few other films, including DAUGHTERS OF THE DUST (by Burnett’s UCLA classmate Julie Dash). This is weird, but I could not stop thinking how much she looked like Michelle Obama. Or I guess it’s how much Michelle Obama looks like her, to be fair to how time works.

I just love the whole feel of this film. It’s such a no-bullshit look at a place and a culture we don’t see depicted like this on film, and then given an arty distance by the lack of color. I wasn’t sure where we were geographically until I saw palm trees. I also love the soundtrack of songs by Dinah Washington, Paul Robeson, Scott Joplin and others. It spans classical, jazz and soul ballads in a way that I suspect influenced Spike Lee and others.

Burnett went to UCLA Film School and was considered part of the L.A. Rebellion or Los Angeles School of Black Filmmakers, which I previously mentioned in my review of STREET WARS by fellow L.A. Rebel Jamaa Fanaka. Burnett doesn’t share Fanaka’s flair for exploitation (though he worked as a camera operator on WELCOME HOME BROTHER CHARLES). Like Dash, Haile Gerima and most of the others he was more interested in Italian neo-realism and art films from Africa, Latin America and Europe. This film has no relation to the blaxploitation films of the time except for a little fashion overlap.

Burnett filmed KILLER OF SHEEP in 1972, 1973 and 1975 as his masters thesis. It won the critics’ award at the Berlin International Film Festival, among other acclaim, but never received a wide release until the school remastered it in 2007 (partially funded by Steven Soderbergh). Now, thankfully, it’s here for us.

Charles Burnett Henry G. Sanders Kaycee Moore L.A. Rebellion
This entry was posted on Tuesday, May 1st, 2018 at 11:47 am and is filed under Drama, Reviews. You can follow any responses to this entry through the RSS 2.0 feed. You can skip to the end and leave a response. Pinging is currently not allowed.

6 Responses to “Killer of Sheep”