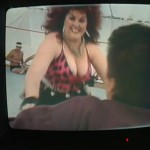 Most of these women looked like b movie stars when they were young, but they were tough ladies with names like Gladys “Killem” Gillem, and as we know from the other wrestling documentaries, even if it’s fake, it’s a dangerous sport/artform/opera that destroys the body of pretty much anybody who does it long enough to be successful. 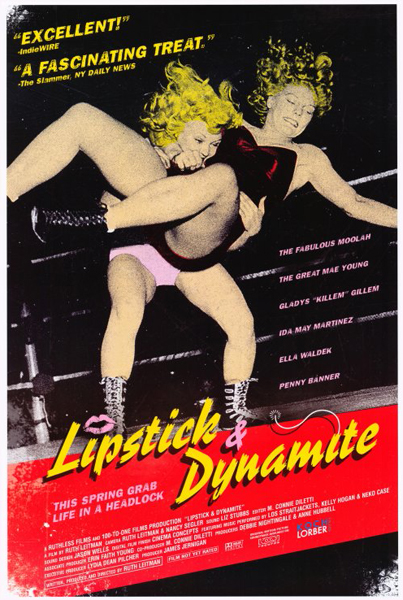 These are real interesting characters and they tell real interesting stories about the old days. They would have one guy in charge who sounds almost like their pimp, who would try to screw them both figuratively and the other figuratively. They talk about the days when it was actually illegal for women to wrestle and what it was like to go out there and do it anyway. Raging against the machine. And there’s a tragic story about a young girl who actually died during a match. Her opponent is still around to be interviewed in the movie and even though it wasn’t her fault, she seems to still feel guilty about it.

One thing they’re frustratingly vague about is the actual workings of a match. They talk about not being able to beat the head of the league’s girlfriend because they would get in trouble – so are they pretending the matches were real? Or were they fake but the outcome was improvised? I mean wouldn’t they already know they were gonna lose the match? It’s not really clear.

I know the name of exactly one female wrestler, that’s Fabulous Moolah, and she’s one of the main focuses of this one. Apparently she took it farther than anybody else, becoming a real business woman about it, and to this day she makes occasional highly paid cameos in the WWE wrestling events. You know, for the moolah. The other wrestlers talk alot about her property she owns and how she plans to make a retirement home for lady wrestlers, but they definitely don’t admire her. At least one of the wrestlers, a feisty old grandma who tells stories about getting her eyes torn out, seems to hate Moolah.

Moolah has alot of proteges, and she lives with a former midget wrestler. This is a middle aged woman but Moolah acts like it’s her little daughter. It’s not really clear but it seems like there’s some kind of bitterness going on there that Moolah hasn’t caught on to. I got a hunch that could be a whole spinoff movie right there.

To me the payoff in the movie is at the end when all the interview subjects go to a lady wrestlers reunion. So you get to see them all interacting instead of just talking to the camera. And they don’t all like each other.

I almost never think this about a documentary, but with this one I kept thinking this would make a real good non-documentary. A period epic about the time period they’re talking about. It’s usually a bad idea to re-enact a documentary with actors, but here would be a way to see these great stories and this world they’re talking about playing out around you like you’re really there, instead of hearing it told as a story decades later.

women's wrestling wrestling wrestling docs
This entry was posted on Thursday, August 25th, 2005 at 8:50 am and is filed under Documentary, Reviews. You can follow any responses to this entry through the RSS 2.0 feed. You can skip to the end and leave a response. Pinging is currently not allowed.