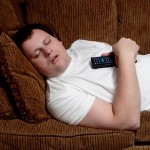 This is a documentary about something I never heard of before, one of the first pay cable channels, one for movie buffs. This was in Los Angeles of course and started in the ’70s, before home video. The movie focuses on the obsession and tragic life of Jerry Harvey, who was the programmer for most of the time the channel existed.

This guy starts out watching the channel at home, writing a letter to complain about their programming choices and how he thinks they should do it. They end up liking his ideas and hiring him, and he becomes a force, one of those ones that you have to reckon at or whatever. He starts playing foreign films, forgotten masterpieces, movies he loves that he thinks were unfairly panned. He makes friends with Sam Peckinpah, Robert Altman, Michael Cimino (they don’t mention Thunderbolt and Lightfoot though) and guys like that, using his connections to get movies nobody else knew were out there. He creates an event out of the director’s cut of the Wild Bunch. The director’s cut of The Leopard. Which it turns out is not about a leopard, but some kind of prince or somebody. The way the movie tells it, this guy singlehandedly turned around the reputation of Heaven’s Gate by showing the director’s cut. Same thing with Once Upon A Time In America. They interview James Woods and he says how the critic Sheila Benson called the theatrical release one of the worst movies of the year, then after seeing the director’s cut called it one of the best of the decade. (I’ve only seen the bastardized version and I thought it was great – can’t wait til I have 4 hours free.) 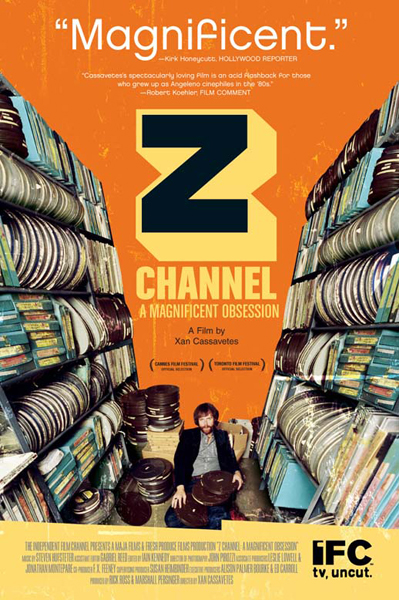 So basically what you have is a haven for people who love movies. They show movies people have heard about but never thought they’d be able to see. They resurrect movies from the dead. They get a reputation so they can show a movie you heard was shit and you think wait a minute, Z-Channel is showing this? Maybe I better give it a chance. And late at night they show Emannuelle movies and shit. So you got everything you need.

They also put out a newsletter that even people who didn’t get the channel wanted to subscribe to because it was not just program listings but critical writings, probaly like the kind of stuff I write except more knowledgeable and not as good.

Apparently this channel was very influential. Get this. They interview Paul Verhoeven who talks about some of his early movies like Turkish Delight. Then he says that it was the interest created by his movies showing on Z Channel that caused him to emigrate to the US. What I’m saying is, without Z Channel there would be no Robocop, no Total Recall, no Starship Troopers, not even a Showgirls. So this shit is important.

The movie is full of passion for movies. It goes off on tangents about particular movies (like Once Upon a Time in America) just talking about how great they are and how people reacted at the time, and you don’t mind the diversion. It’s mostly acknowledged masterpieces they’re talking about but it definitely added a few to my to-see list. (won’t ever get around to them though, sorry, Seagal keeps churning em out.)

At the same time, this is a movie with a dark side to it, because this guy Jerry Harvey always struggled with depression and booze and luckily they tell you right at the beginning that he ends up killing his wife and then himself. So it’s really a bummer but it’s interesting to see these poor bastards who knew him try to find a balance between their admiration for everything he accomplished and the fact that he ended up murdering his wife. I mean you just can’t get around that one. I, personally, am against it. But I mean you gotta figure, somebody does a horrible thing, it taints everything they did before but does it really erase it? That kind of shit is extra tragic because not only does everybody lose two of their friends but they have to change the whole way they see this guy. Now he’s a murderer. One guy says that’s why the story of Z-Channel hadn’t really been told before, because people were too fuckin bummed out by the whole sordid mess to really want to go over it. And to make matters worse the channel turned into a sports channel and went belly up a year later.

But despite the sad ending I think the main thing you will remember about this movie is the passion for doing something right, going after something you love and putting some elbow grease in it. Alot of my younger readers probaly don’t know about this, but there used to be a thing called working hard and doing a good job. What you would do is strive for excellence, refuse to compromise, maintain complete integrity and follow your heart. You would not try to make alot of money and if you did you wouldn’t use it to buy platinum chains. I don’t know if this is true but I read somewhere that the rapper Fifty Cents buys very expensive jewelry but then what he does, he doesn’t want it to get stolen or damaged so he has fake duplicates made of them and he wears those on tour. You hear what I’m saying? He spends hundreds of thousands of dollars on a stupid fuckin necklace, and then he LOCKS IT UP and wears a fake one. There is exactly ONE THING that is more disgustingly asinine than spending thousands of dollars on Liberace style jewelery, and that one thing is to then NOT USE the jewelry. You know what would be alot easier, bud? Just DON’T BUY THE STUPID JEWELRY. That way you don’t have to look over your shoulder so much, and you have extra room in your safe. You could use it as a bookshelf or something, you could buy a bunch of books about how to enunciate better for example.

Well anyway the point is that most people are Fifty Cents who just want to buy shiny metal shit and cars, but every once in a while you find one of his peers that instead wants to write great lyrics and record good albums and what not. And then there are the guys who take it to the next level and go out of their way, even to the point of losing money (gasp), to make it great. And it becomes legendary. And that’s Z Channel.

I mean it’s true that Z Channel would not be as big of a deal now because with video and DVD and the internet many more people have access to these movies, and knowledge of them. And nobody prints newsletters anymore because they got web sights. But still, looking at this documentary you can’t help but notice that there’s no channel like that even now, at least not in the US. With all the different cable channels you’d think one could play these type of movies. But nobody’s showing the old masters, nobody’s seeking out director’s cuts, most channels edit and have commercials and I guess AMC is pretty good but for some reason it comes in fuzzy on my cable so fuck those guys. And one thing that seems like it was great about this channel, if the movie can be believed, is that if they show it on Z-Channel it’s almost like an endorsement. So you end up seeing all these things that you wouldn’t have rented or gone to the theater to see. But I’m not talking about straight to video movies you see on the Sci-Fi Channel. I’m talking about good movies.

So let’s all tip our hats to the people out there that follow their dreams, the people that go the extra mile and go broke to make you happy: the real good arthouse theaters, the independent video stores, the kids who do a shot for shot remake of Raiders of the Lost Ark, the authors of books where they analyze every single Steven Seagal movie in chronological order, etc. May they all fulfill their dreams and not kill their wives and/or selves.

This entry was posted on Thursday, August 25th, 2005 at 6:51 am and is filed under Documentary, Reviews. You can follow any responses to this entry through the RSS 2.0 feed. You can skip to the end and leave a response. Pinging is currently not allowed.

One Response to “Z Channel: A Magnificent Obsession”