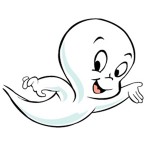 Usually I address my stories to you AND moriarty, but now that you’ve been to seattle, it’s like we have some kind of bond, you know. who needs that old “professor” joker anyway. all he does is drone on and on. “this is a great little piece of character acting” blah blah blah. Isn’t he still on 1986 in the best of the ’90s list? GET IT THE FUCK TOGETHER, moriarty. jesus. 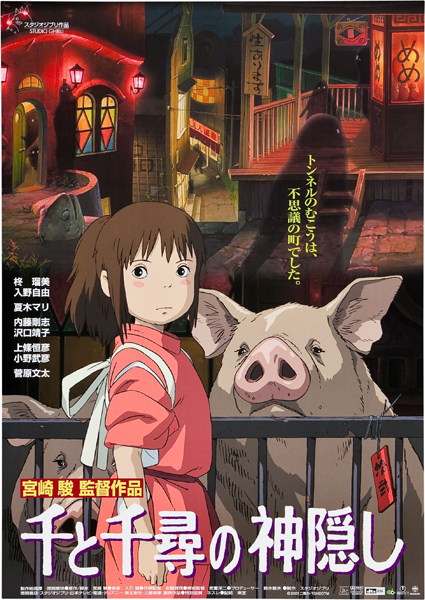 Anyway harry my good friend today I am Writing to you because I have seen Mr. Miyazaki’s new cartoon called SPIRITED AWAY. If you don’t know Miyazaki, he is the beloved japanese cartoon director who did “My Neighbor Totoro”, “Kiki the Flying Witch”, “Princess Mononoke”, and etc. He is not the type of japanese cartoon director who does lots of robots and demons stickin their tentacles up a school girl’s coochie and that kind of nonsense. He has a style and a feel all his own. In fact you could say his movies transcend anime, even transcend cartoons in general. He has a great filmography that you could put next to any of the great directors and not be embarassed.

(Really Harry I’m surprised I have to explain who miyazaki is to you, you really should know this kind of information to be frankly honest.)

Still, WHY, you ask, would an individual like me, the award winning film Writer and Theorist of the Badass Cinema (Vern), be watching a god damn CARTOON? Aren’t all cartoons only for children, like comic books?

Well I’m glad you asked that Harry because there is an answer to that and it involves a Theory of mine, the Theory of Certain People Who Everybody Has to Like or They Must Be An Asshole. There are a handful of these individuals or characters who pretty much universally everybody likes. You got your Stevie Wonder, your Martin Luther King, Jr., your Gandhi, your Curtis Mayfield. And you got your Miyazaki, and that one movie about the talking pig that everybody loves. GORDY I believe was the title. These are all individuals who are so talented, so charismatic, and so full of positive energy, that you cannot deny their importance to the universe. It doesn’t matter if all you ever listened to in your life was Billy Ray Cyrus. If you pop in “Songs in the Key of Life” and it doesn’t impress you, you’re probaly some kind of asshole.

Well Miyazaki is definitely in that category. Alot of dudes in their ’20s say they like PRINCESS MONONOKE the best because it is the most violent so they are less embarassed. But everybody knows that the best ones are the totoro (about some weird racoon monster thing with an umbrella, and then there is a bus made out of a giant cat. hard to explain) and the kiki. They are real sweet and quiet and when it comes down to it, small. There is no epic journey, just down to earth rites of passage that real children often go†through, but infused with surreal flights of fancy, and lots of gratuitous flying. Also Harry I think you saw PORCO ROSSO so you know how good that flyin pig movie is.

SPIRITED AWAY is another one about an ordinary girl in a realistic family but it is more in the epic fantasy realm of a LAPUTA THE FLYING CASTLE OF THE SKY or NAUSICAA THE GIRL OF THE VALLEY OF WARRIORS OF THE WIND. Because just as Chihiro arrives to a new town with her parents, they get lost, and end up in what they think is an abandoned amusement park, but is actually a bathhouse of the gods. (hard to explain). Next thing you know her parents eat the food of the gods, which turns them into pigs, and she is trapped there working at the bathhouse for a bunch of freaky ghosts and creatures with giant heads and weird masks or some fuckin frog wearin a shirt and weird shit like that.

Still, she does not go on a journey, at least not literally. She stays in the bathhouse, working hard, while trying to figure out how to save her parents and other people she meets at her new job.

To me this is definitely Miyazaki’s WIZARD OF OZ or ALICE IN WONDERLAND. In the early scenes it was creepy enough I was almost expecting something like CARNIVAL OF SOULS. But it gets so fantastical and surreal that I’m sure the american kids with parents smart enough to take them will have a great time. It is scarier than disney but maybe on the level of wizard of oz or neverending story.

You get all the great things you expect from a Miyazaki picture. Little subtle character moments that most cartoonists wouldn’t bother with, like the great care Chihiro takes in not stepping on the living balls of soot who throw the coal into the burner in the boiler room. Sweet little gestures like when Chihiro leaves the door open to be nice to a scary creature out in the rain, or when her boss uses his incredibly long arm to tuck her in. And there are some environmental themes, not in a preachy way but in a very organic way. I mean, this is what would have to happen if the ancient ideas of river gods still existed today. There are interesting, multi-faceted type characters – you’re not always sure who Chihiro should trust, and characters who seem nice might suddenly do something a little crazy and vice versa.

There are some unforgettable scenes in here. The “stink god” scene will definitely be a favorite to many. I also liked the part where a giant baby manhandled Chihiro in exactly the loving/threatening way a small child would to a kitten. Fuckin kids, man.

And that reminds me, there are lots of weird circular ironies when you really look at it. like the baby treats chihiro like a pet, and later becomes chihiro’s pet. Her parents eat the food of the gods so they turn into pigs, and now since they are pigs they may become the food of the gods. gulp.

But most of all you get the most visual invention ever crammed into one of these pictures. I mean take any two or three other Miyazaki pictures, add up all the weird creatures you saw in those movies, and you’re gonna get more in this one. I mean there are giant blobs, black ghosts in creepy masks, a creepy old hag with a head as big as a volkswagen bug, triplet heads with no bodies, a giant baby, a guy with extendable arms, a dragon that looks like a wolf but moves like a fish (good job on that one animators, that was incredible.)

I look forward to seeing the english version of this picture. It might not be as good but they usually do a good job on them in my opinion.

Anyway thanks harry, I hope you enjoyed your stay in seattle. Too bad you didn’t get to see WAR OF THE YODAS at the Cinerama while you were here, I was hoping you could help end this myth that digital projection looks better than real projection. (CLICK HERE) I’m glad you didn’t come this week because we got the fuckin Blue Angels flyin over all day for the annual “Sea Fair” celebration. So you hear an ungodly scream, you look up and see a bunch of navy planes flyin over and that’s supposed to be a good time. It’s like being in afghanistan, only it’s not your wedding, and your family isn’t on fire.

Hayao Miyazaki
This entry was posted on Friday, August 2nd, 2002 at 9:15 pm and is filed under AICN, Cartoons and Shit, Family, Reviews. You can follow any responses to this entry through the RSS 2.0 feed. You can skip to the end and leave a response. Pinging is currently not allowed.