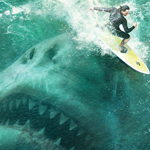 Of course he’s resistant at first when his old buddy Mac (Cliff Curtis, DEEP RISING, WHALE RIDER, THE POOL, RIVER QUEEN, THE FOUNTAIN… he does alot of water related movies, is my point) shows up to recruit him for another rescue. This time it’s people working for a high tech underwater lab who lost radio contact. And one of them is his ex-wife Lori (Jessica McNamee, THE LOVED ONES). In a refreshing swerve from standard action movie protocol, he just likes and respects her, and is not trying to win her back. He does get to tell her “I told you so,” of course, when they all see that giant monster that they spent years telling him he didn’t really see. END_OF_DOCUMENT_TOKEN_TO_BE_REPLACED

SUPER is the landmark thirty-seventh movie about “what if somebody really tried to be a super hero?” But this one was made by James Gunn, the Troma guy turned SCOOBY DOO screenwriter who got some cred when he wrote the DAWN OF THE DEAD remake and then directed SLITHER. Looks like he’s had trouble getting anything off the ground since then (I guess the suits didn’t go for his take on Pepe Le Pew) so he made this one independently like he used to do, but maybe with some more skills and connections he’s made in the big leagues. For example the bit part of the lady at the pet store is played by Linda Cardellini from E.R., because she was Velma in SCOOBY DOO. (That was weird, I thought that character would come back or something, but no. She’s just a pet store lady.) END_OF_DOCUMENT_TOKEN_TO_BE_REPLACED 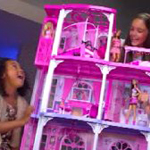 Everything I know about Rob Zombie I know from this movie. I know that he likes brutal ’70s horror movies, in particular THE TEXAS CHAIN SAW MASSACRE but also probaly THE HILLS HAVE EYES. I know that he is fascinated by gaudy roadside attractions, tasteless t-shirt slogans, phoney sideshow curiosities, serial killer legends, spookhouse rides, scary rednecks, Bela Lugosi movies, Zacherly-style TV horror hosts, iconic Halloween decorations, oversized paper mache masks, gimmicky cereal boxes, old video footage faded to the point of abstraction, violent satanic rituals. He also has great taste in b-movie actors judging by the cast which includes Sid Haig (SPIDER BABY), Bill Moseley (TEXAS CHAINSAW MASSACRE PART 2), Tom Towles (HENRY: PORTRAIT OF A SERIAL KILLER) and Karen Black (everything). If you cram all of those motifs and influences so that they barely fit into one movie, this is what you get. Or to put it another way, you take the first two texas chain saw movies, and you put an episode of Pee Wee’s playhouse in between em, then you smoosh it together like a peanut butter sandwich and keep it in your pocket for a while. like that imaginary sandwich the movie is kind of sticky and messy and doesn’t really work but it’s got a lot of good shit in there. I’m not sure why the hell you would put a sandwich in your pocket though, that’s kind of a weird analogy. what the hell man. END_OF_DOCUMENT_TOKEN_TO_BE_REPLACED