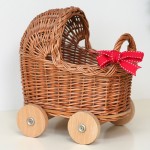 The movie is a pointless and weird re-jiggering of the original. It’s not really the crazed spectacle I was hoping for, at least not from beginning to end. If you’ve seen the original you know where it’s going, and it’s not all that exciting to see him wander around a weird farm colony island looking for this missing girl and getting frustrated that nobody is cooperating. But oh boy does it have its moments. END_OF_DOCUMENT_TOKEN_TO_BE_REPLACED

There are many surprises in the picture. For example, Betty is not really a nurse. I mean you go see a movie called Nurse Betty, you expect AT THE VERY LEAST this Betty gal is a nurse. But no, she is a waitress who wants to be a nurse, and is obsessed with a doctor on this one soap opera. Then Chris Rock and Morgan Freeman kill her fuckwad husband right in front of her, and she goes wacko and goes across the country thinking she has to reunite with her “ex-fiancee”, the fictional doctor from the soap opera. So Morgan and Chris follow her around and then she meets the actor who plays the doctor. END_OF_DOCUMENT_TOKEN_TO_BE_REPLACED