You know me, I can enjoy a good DIE HARD type movie. Or a bad one. I like SUDDEN DEATH. I love the UNDER SIEGES, of course. And 3 of the 4 official DIE HARD sequels. But this year is trying to knock me off the wagon. We’ve had three mediocre to bad DIE HARD type movies so far and while A GOOD DAY TO DIE HARD was obviously the one that was soul-crushingly disappointing, this is the one that I found most boring. I mean, I’m not gonna pretend Roland Emmerich is known for movies that are worth your time to actually watch, because that would be a bold faced lie. But I figured with this good of a cast and a classic template to follow he could make an enjoyably stupid movie. He mostly just got the second part. END_OF_DOCUMENT_TOKEN_TO_BE_REPLACED

This is not the romantic one where Christian Slater has a baboon heart, this is the dramatic one where Jeff Bridges may soon need a baboon liver, on account of his country singer lifestyle. I heard alot about CRAZY HEART being good only for Bridges’s about-to-win-an-Academy-Award performance. (Did you know he was also nominated for THUNDERBOLT AND LIGHTFOOT?) But I thought the movie itself was pretty damn good too, let’s give it some credit please. END_OF_DOCUMENT_TOKEN_TO_BE_REPLACED 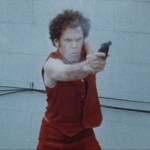 I’m sure you’ll get more reviews on this one so I’ll keep this one short. Also because I’m a chump and haven’t ever seen NINE QUEENS, the picture from the land of Argentina which this is a remake of. Anyway CRIMINAL is the americanized version which premiered tonight in Seattle. The movie stars John C. Reilly (who was there) and Diego Luna. It’s directed by this guy Greg Jacobs, who was assistant director on an assload of Steve Soderbergh movies, but this is his first as a non-assistant director. END_OF_DOCUMENT_TOKEN_TO_BE_REPLACED