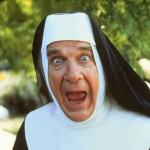 Now, alot of motherfuckers are familiar with the 1973 William Friedkin directed Catholicsploitation picture known as THE EXORCIST. But are you familiar with THE EXORCIST: THE VERSION YOU’VE NEVER SEEN? END_OF_DOCUMENT_TOKEN_TO_BE_REPLACED