My Name Is Vendetta 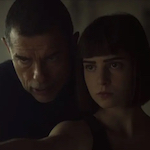 There I was the other night with both physical and mental lists of all the recent movies I want to catch up on, scrolling through them on the various streaming services, failing to decide which one to watch first. So then I clicked on one I never heard of before called MY NAME IS VENDETTA (2022). Very productive.

It’s a pretty good one, though. Straight forward meat and potatoes crime thriller hailing from Italy. The director is Cosimo Gomez, a veteran production designer and art director (including for a bunch of Roberto Benigni movies) on his third outing as director (following the comedies UGLY NASTY PEOPLE and IO E SPOTTY). This one’s not funny at all, it’s a very straight-faced and to-the-point father-daughter revenge thriller very much like something Liam Neeson would do. And the same jacket he would wear. The guy even has a deep voice kinda like Neeson, though his scowl is more Benicio Del Toro.

Alessandro Gassmann (TRANSPORTER 2) plays Santo, a macho but very loving father of 17-year-old Sofia (Ginevra Francesconi, THE NEST), living ruggedly in picturesque Milan. One odd quirk he has is that he doesn’t want to be photographed, but in a moment of pride Sofia sneaks a picture and posts it on Instagram labelled “badass dad.” A silly zooming-through-the-information-super-highway animation informs us that he’s been detected by facial recognition software, and two hitmen show up at the house that night. He’s at work late, so they accidentally kill his brother instead of him, along with his wife. Sofia escapes into the woods. 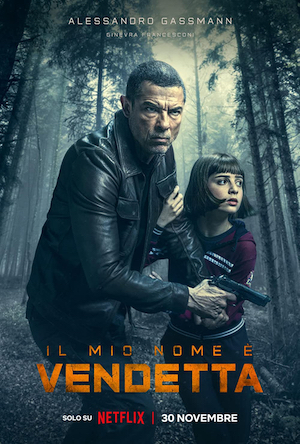 When Santo discovers what happened he doesn’t call the cops – he takes Sofia and flees. Turns out the birth of Sofia really changed his life, because before that he was a mob hitman. Don Angelo Lo Bianco (Remo Girone, Enzo Ferrarri in FORD V FERRARI) has been searching for him ever since he killed one of his sons. I like the touch that the crime family has a private security guy who used to work for the government using the internet to help him find enemies. Doesn’t seem that far-fetched, honestly.

So Santo shaves his head and beard and cracks open his JOHN WICK vault with the money stash and fake passports and everything. Poor Sofia is an ordinary teenager one day, on a high from scoring the winning goal that gets her hockey team into the finals, then loses her mother, her uncle and her home and finds out her father is a killer all in one night, and loses her boyfriend (Isnaba Na Montche) the next day when she tries to get his help. She will not be attending the hockey finals.

At first she rejects her father, blaming his keeping secrets from her for the death of her mother. But the plot moves lightning fast, and she has to stick with him to survive, so they work through it, and he teaches her some badass shit.

Not that that’s new for them. The pre-murder scenes economically establish quite a bit about their relationship and Sofia’s personality. The movie opens with Sofia’s hockey game, where she gets a penalty for punching somebody who tripped her. The hockey shows her toughness (despite looking small and delicate), the fight shows that her father raised her with a hit-‘em-back ethic, and her parents cheering her on in the stands show their pride and support for her. Her promised reward for making it to the finals is a day trip with dad practicing her off road driving – up hills, through trees, across water. This doesn’t specifically come up later, but of course she does some other types of tricky driving, sometimes following his instructions.

There’s little original about any of this, but I like these traditions, and seeing how they all come together. I smiled during the driving lesson, and would’ve been disappointed if it wasn’t setting anything up. I gotta admit I was a little sad that Santo’s job sawing lumber didn’t come up again.

The Don and his men continue trying to track Santo and Sofia and send thugs after them. The Don’s wimpier son Michele (Alessio Praticò) seems iffy about going to war. Santo goes on the offense by attacking an old mob affiliate restaurateur who might know who specifically did the killing. Soon Sofia is involved in her dad’s plans too, mostly as a getaway driver. Blueprints are found. Plans are made. Cars are hot-wired. There are fights, shootings, a tense car chase in a parking garage.

It’s got a good energy to it, a momentum. I appreciate the clip it moves at. One scene jumps immediately into Sofia in workout clothes in front of a hanging burlap sack, ready for knife lessons. Her dad explains the difference between stabbing in the side, the heart, and the throat, emphasizing the latter as less efficient but preferable as “the cruelest revenge” where they have 30 seconds to see your face before they die. Obviously we’re gonna remember that reasoning when it comes up again later. 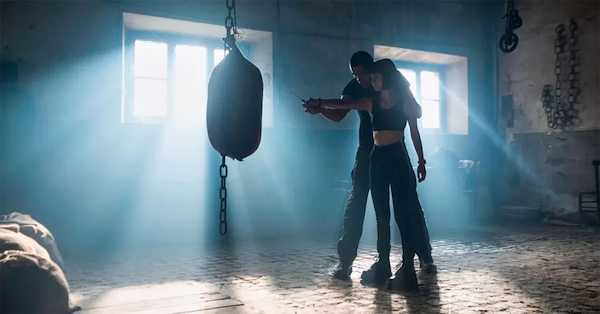 There’s not a whole lot to it other than Santo simply being the best. Despite his age he can run and be stealthy and he just has the best strategies, like The Punisher. And also he just gets lucky, because when he decides to go Rambo on a heavily guarded mansion and just run around shooting everybody, somehow it works. I prefer the sequence where he has to meet them at night at a rail yard – pretty cool scenery moving around, on, and through the old train cars, some with graffiti – and he ninjas around taking them out one by one. A nice touch is when he uses his vintage cell phones to detonate 7 sticks of dynamite, and he leaves on the Nokia ringtone to chime before the explosion. Intentional bit of flair, or accident? I’m not sure. But it sets a guy on fire, who screams and runs and gets shot by another guy. Maybe as a mercy killing, maybe because he freaked out at the sight of a fire-man coming straight at him. Good stuff, either way.

One thing about Santo – he’s really into Jack London’s The Call of the Wild. Quotes from it open and close the movie, and he brings it up later and carries his childhood copy with him and discusses it with Sofia (who read it in middle school). This seems like a trait a Neeson character would have too. I don’t remember if it came up in THE GREY. I believe it did in Seagal’s OUT OF REACH, though.

Gassmann and Francesconi are both really solid in these roles, which is essential. Gassmann has a specific furled-brow stoicism that fits well with the unstoppable killer role, while Francesconi is a little more distinct, striking a careful balance between capability and vulnerability. She looks cool with her sunglasses, but young with her hoodie and backpack (with bomb inside). A determined underdog, just like when she’s out on the ice. The bond between them is touching, despite the, uh, let’s say arguable morality of their activities. So it does the job.

Anyway, this one’s not bad.

Alessandro Gassmann Cosimo Gomez Ginevra Francesconi Italian crime movies Remo Girone revenge
This entry was posted on Wednesday, January 11th, 2023 at 11:01 am and is filed under Reviews, Action, Crime. You can follow any responses to this entry through the RSS 2.0 feed. You can skip to the end and leave a response. Pinging is currently not allowed.

11 Responses to “My Name Is Vendetta”