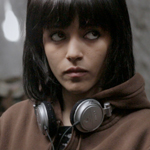 Despite this oppressive society they’re very creative people. They drive around in a van projecting footage of themselves onto things and filming that. She edits the footage on her laptop as they go. 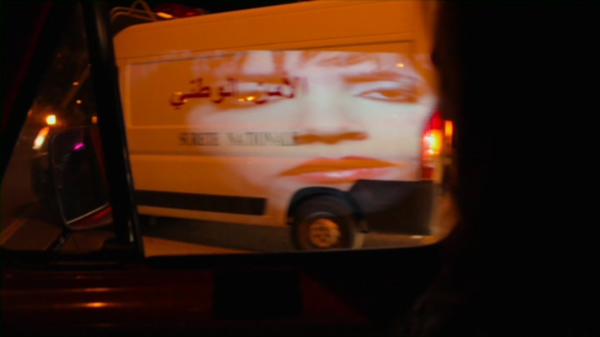 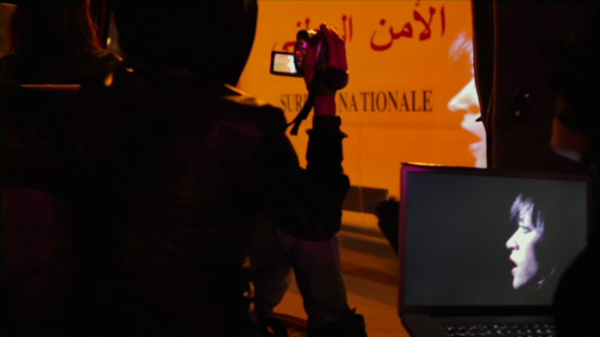 Her art seems to be her main passion in life, and she knows becoming a successful musician is like winning the lottery. But she at least wants to buy a ticket. She gets hooked up with a producer who likes her song and wants to help her with a demo, but she would have to pay for five days of studio time. Then, while she’s trying to raise the money, she finds out her mom is having financial problems and might lose their apartment. 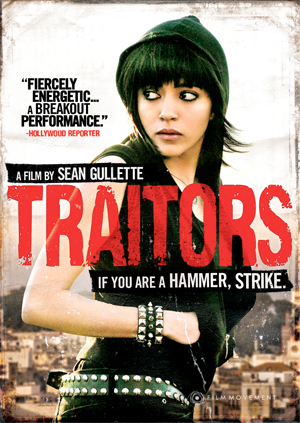 She tries every avenue she can, from hassling people who owe her, to working jobs, to committing crimes. Her attitude gets her fired from a telemarketing job, but she works in her dad’s garage, tries a few scams, ends up being courted by a customer at the garage who thinks she’d be a good driver for drug smugglers. She resists for a while, but eventually gives in.

Of course the smugglers are gonna end up being scary, but they can be pretty nice to her. They use connections and forcefulness to get her seen by a doctor when she needs it. They tell her when she’s doing well. For a while it almost seems like a normal job. She gets her training, which she does pretty well at. They teach her advanced roadblock technique, talking her through what to say to police, and to always smile. Later she has to learn how to dismantle the door of the car and hide the drugs inside it.

And you can understand how these young women would get involved in this racket in a country that doesn’t treat them too well anyway. They’re already being stopped and treated like criminals with something to hide. Might as well be criminals actually hiding something, if it helps them achieve their dreams.

At least that’s how the thinking goes, but these syndicate people aren’t their friends. The story really becomes about her relationship with fellow smuggler Amal (Soufia Issami), who at first seems jealous of her but they gradually warm to each other while doing the job. When Malika finds out Amal is pregnant her mission changes. 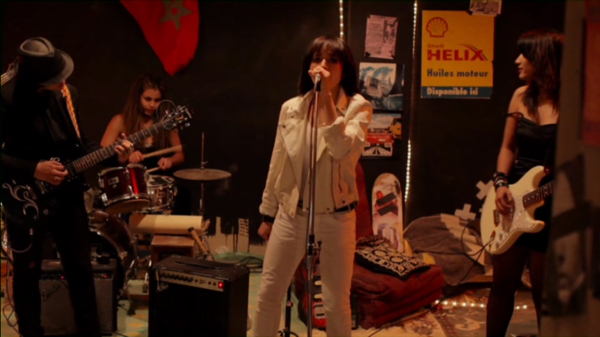 I’m no expert but it seems to me like there are two major types of punk rock attitude. There’s the one that’s just fuck the world, fuck the system, fuck everything. Then there’s the one that’s more like a code of honor, with purist, anti-corporate, anti-government beliefs, strong views about what constitutes selling out, sometimes coupled with veganism and sobriety. I think Malika is closer to the second one. She’s a rebel, hates cops, doesn’t mind breaking the law, knows how to kick a dude in the balls. But she’s not into drugs or alcohol – when she goes to a bar, she orders a Coke, and when the drug smugglers try to recruit her she scoffs at them partly because she doesn’t do drugs.

And whether it’s her punk rock ethics or not, she finds herself risking her life (and studio money) to help another person. She’s angry at her mother for defending her dad screwing them over. She doesn’t want to be a victim, or let other women be. I thought I should run this review after CASABLANCA since it’s about the real Morocco, but come to think of it there’s a story parallel too: Malika makes a sacrifice to help somebody else get on a flight out of the country and away from people who want to harm her.

Some women are taught to just take it. Amal tells her, “My mother always said, ‘If you are a nail, endure the knocking.'”

“That’s only half of that proverb,” Malika says. “The other half says, ‘If you are a hammer, strike.'”

(That’s the tagline to the movie: “If you are a hammer, strike.” Pretty badass. That’s actually what made me rent it.)

Although this is a real Moroccan film in Arabic, French and English, it’s written and directed by an American. In fact, an American who stars in the Darren Aranofsky movie PI, Sean Gullette. This is his only feature as a director so far, a followup to a 31 minute short version from 2011 that’s included on the DVD. All of the footage of Traitors actually comes from the short: their practice, driving around in the van with the projector (there’s more detail on that in the short), also trying to get the money from her friend and trying to rip off the guy at the bar. In the short she’s trying to raise money, but she doesn’t resort to smuggling. She does uncover a secret about her parents while trying to sneak into their money stash.

I am not a worldly person, but I don’t want to be ignorant, so I like a movie like this that shows us people in other cultures having more in common with us than we might think. Kind of like that animated movie PERSEPOLIS – seeing an Iranian teen suffering under a repressive regime but listening to Madonna and Michael Jackson just like everybody in the ’80s honestly opened my eyes, and this has a similar effect.

Usually we see Morocco portrayed as such an exotic place. In these two TRAITORS films we see that sure, there’s some of that, but also there are young people who rebel and love rock ‘n roll and expressing themselves. They get together and hang out and okay maybe there is more rollerblading than there would be here, but we’ve seen it before, we get it. Malika is not subservient, and stronger than many women in movies about America, let alone Morocco. But she’d fit right in here and be cool and she might still want to put on her headscarf when she sees her mom but maybe not.

She’s a hammer, and she knows what to do. I like her.

Chaimae Ben Acha drug smuggling Morocco punk Sean Gullette
This entry was posted on Thursday, February 2nd, 2017 at 12:19 pm and is filed under Crime, Music, Reviews. You can follow any responses to this entry through the RSS 2.0 feed. You can skip to the end and leave a response. Pinging is currently not allowed.