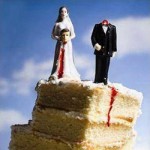 Hey folks, Harry here with Vern chiming in on the latest film from Alex De La Iglesia – who one day will be paired up with a perfect project that will launch him into world wide infamy – and goddammit, I wished it had been his FU MANCHU movie he wanted to make! Do yourself a favor and track down DIA DE LA BESTIA or 800 BALAS… then you won’t be able to stop tracking down all his films. Here ya go…

Remember me, your friend Vern with one last review from SIFF, which is what I call the Seattle International Film Festival for short. That is the festival we have over here, in Seattle.

I didn’t see too many this year but the one I couldn’t miss was FERPECT CRIME because it was by Alex de la Iglesia. I went in knowing nothing about the plot or even the correct title. The schedule and tickets called it EL CRIMEN PERFECTO (THE PERFECT CRIME) which adds an extra THE and corrects a purposely incorrect spelling. So let that be a lesson to those who enjoy giving pointless and unsolicited advice about spelling to us artistical types.

I don’t get a chance too often to see a movie knowing nothing about it, and when I do it’s fun. So I recommend you stop reading this garbage I’m about to write, also stop reading this web sight, and the internet in general, as well as books and publications. Just go out there, start picking shit out at random and watch. Maybe even have somebody lead you in there blindfolded, that might be good. Go in fresh.

That’s my advice but if you are one of those hardsell motherfuckers that needs a case to be made, read on and have everything given away. This movie is (SPOILER) directed by Alex de la Iglesia. Just testing, that was not an actual spoiler. He kills a guy later, that’s an actual spoiler.

About five years ago I wrote in a column about de la Iglesia (whose name I spelled wrong, but probably on purpose) “This man shows a strong sense of style, a nice dark sense of humor and originality as well as the outlaw spirit to break through genres and conventions and what not. You may not have heard of this man because for some reason the nerds of the internet have not really seemed to catch on to him yet. But believe me they will the same way they did peter jackson before he ever got involved with hobbit movies.”

Well that hasn’t happened too much but at least he kept making good movies, including 800 BULLETS (the spaghetti western homage) and maybe my favorite, DYING OF LAUGHTER (a really violent one about an Abbot and Costello type comedy team who want to kill each other).

The first section of this movie takes place almost entirely in a department store, as if that’s the whole world. Which it pretty much is for the main character, Rafael, manager of the women’s department and lover of women. He was born in the store, worked there his whole life and we see that even after they’re closed he likes to bribe the security guard so that he and any one of his gorgeous salesladies can have a romantic dinner in housewares and then move on over to the bedroom department. It’s pretty much like a quirky comedy about a lady’s man, like maybe it’s gonna turn into a romance. You got wacky narration directly to the camera, the cute living-in-a-department-store gimmick it’s almost like de la Iglesia has become appealing.

Have they tamed him? In PERDITA DURANGO this guy turned international sex symbol Javier Bardem into a mulleted voodoo priest who on a whim decides he wants to kidnap some white kids and eat them. But his last one, 800 BULLETS, was almost like a damn kiddie movie! Of course, a kiddie movie where the kid has sex with whores and then there’s a big massacre at the end. But still, pretty much a kiddie movie.

Well this is the same thing I guess, a more mainstream comedy but with some bits of the trademark de la Iglesia inappropriateness. See the plot really starts when Rafael gets in a fight with the men’s department manager in a dressing room and accidentally impales his skull on one of those hooks they got on the back of the door to hang your pants on. The kind of oh shit moment you don’t usually get in a Sandra Bullock comedy.

So he’s killed a guy everybody knows he hated. To make matters worse, there’s a witness and it’s Lourdes, the one woman in his department that he doesn’t want to have sex with. She also might be a little bit on the crazy side, judging by the way she helps him cut up the body and burn it. Not to be judgmental or anything, just an observation.

So the movie is about what happens when a womanizer is forced into a monogamous relationship with an odd looking crazy woman in order to cover up a murder. It sort of sarcastically brings in elements of a Hitchcock thriller and that type of thing but this is definitely more of a comedy, with a lot of satire about the empty lives of married men and plenty of weird little de la Iglesian touches. My favorite part is how the guy Rafael killed comes back (as a hallucination? As a ghost?) but not to haunt him, to give him advice.

By the way, in X-MEN 3 Wolverine is gonna use his claws on somebody, that is a world exclusive I cannot reveal my sources but you heard it hear first everybody.

(sorry, had to throw that in so somebody would read this)

CRIMEN FERPECTO is a minor entry in the de la Iglesia catalog. It is not the one that proves his greatness for all time. But it’s a funny movie, I liked it.

A nice surprise at the SIFF screening was that de la Iglesia and screenwriter Jorge Guerricaechevarría were both there to address any questions or concerns anybody might have in the medium sized 2:00 pm audience. I was especially surprised that the big bearded guy with the faded Vlad the Impaler t-shirt that I had seen across the street was not a local comic book fan, but actually a clever Spanish director whose work I have enjoyed for several years. He was a real funny guy, claiming he speaks English “like a child,” that the movie is not good because he doesn’t like good movies, that he, the screenwriter and the audience are all “fucking bastards” and even that he could not go on any longer, he was not de la Iglesia but an actor from “here in Toronto” hired by the festival.

No questions were asked about X-Men 3 but there was an electricity in the air and I think by reading between the lines you could definitely sense a confirmation of my earlier scoop about Wolverine using his claws.

anyway thanks there fellas,

Alex de la Iglesia
This entry was posted on Tuesday, June 14th, 2005 at 12:20 pm and is filed under AICN, Comedy/Laffs, Reviews, SIFF, Thriller. You can follow any responses to this entry through the RSS 2.0 feed. You can leave a response, or trackback from your own site.