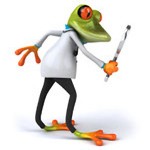 Unfortunately no matter how many movies a guy watches, there’s still ten thousand you’re never gonna get to watch in your lifetime. So you hear the name of these classic movies over and over again and sometimes you think “yeah yeah yeah, great movie, I know” but it doesn’t even occur to you maybe you should watch it. Look man, I don’t mind black and white, I don’t mind subtitles, I know this is Criterion Collection. But I need a hook. Nobody told me “it’s about four ex-cons planning a jewel heist.” That’s all you had to say, man.

If you’re wondering what in fuck’s name “Rififi” means, apparently it’s some french crime slang from the time that roughly translates as “rough and tumble.” They got a whole night club song and dance number explaining what it means but otherwise it’s not really relevant. Just a cool name that sets the tone, like DIE HARD or HARD BOILED, or if they made a movie called BOILED HARD, that would also be similar.

Turns out although this is a French movie, the director Jules Dassin is American. Chased out of the country by the blacklist, he was having trouble even getting movies made overseas, people not able to work with him without closing doors in America. Somebody offered him this book, he couldn’t even read it because the french street slang was so thick, then when he had somebody read it to him he thought it was racist and repulsive (apparently there was some kind of corpse fucking involved – don’t ask me). But he needed the work so he took it anyway and loosely adapted it.

Score one for McCarthy because this is a great fuckin caper movie. The lead is Jean Servais as Tony the Stephanois, a scary lookin con fresh out who gets brought onto a job by a young friend and puts together a team to rob the safe of a famous jewelery store. This is not a nice dude – before he takes the job, he first tracks down his ex-girlfriend and whips her with his belt. This causes some trouble with her new man, which will ultimately cause trouble for the job too.

The main thing that makes this movie so spectacular is the long, detailed heist sequence. We see some of the planning and practicing but then we go straight into the job, which takes about a half an hour in the middle of the movie with no dialogue or music. You can’t help but be fascinated watching how they systematically get into an apartment above, then tunnel through the floor, disable the alarm, etc. You really feel like you’re in there with them. Even once they’ve got what they came for, you’re nervous for them to get out of there without getting spotted. One of the best sequences ever in a movie, probaly. And that’s including the bar fight in ON DEADLY GROUND.

Then there’s the whole look of the thing. It’s black and white, 1955 Paris. But it looks so raw. Like they walked around with a big camera on their shoulder and shot it on real streets. I’m not saying it’s not stylized at all but it feels more real than most movies of this type.

As fun as the heist is this is still a pretty dark movie. You root for these guys but they aren’t admirable, and things don’t turn out too well for some of them. There are cold-blooded betrayals that reflect Dassin’s experiences with McCarthyism.

I’m sure it goes without saying that Criterion made a good DVD of this one. Be sure to watch the interview with Dassin. I was watching it for a couple minutes before I realized – holy shit, that guy’s in the movie! (He plays the Italian safecracker Cesar under a pseudonym). Anyway Dassin tells a great story about what happened when the author of the book, upset about Dassin’s loosely adapted script, pulled out a gun and put it on the table.

That’s all I got to say but take it from me, you want to watch this one. I ain’t got no reason to lie to you.

Jules Dassin
This entry was posted on Wednesday, May 4th, 2005 at 9:58 am and is filed under Crime, Drama, Reviews, Thriller. You can follow any responses to this entry through the RSS 2.0 feed. You can leave a response, or trackback from your own site.