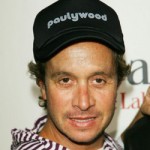 [NOTE: this review was sent to The Ain’t It Cool News, but they never ran it. Sometimes pieces like this just fall through the cracks. Or sometimes movies starring and directed by Pauly Shore should not be written about. It only encourages them. sorry about this one guys.]

You better be lying about BLADE 3 you motherfucker or I got nothing to look forward to. I need a light at the end of the tunnel Harry and you’re trying to black it out on me. Also I hope you had a nice stay in Seattle.

Anyway I’m writing to you due to the fact that I just seen yet another straight to video movie, this one called PAULY SHORE IS DEAD, by star/subject/director/co-writer Pauly Shore, a former inexplicably famous comedian. What this movie is about is he has run out of the money he made in the early ’90s and can’t get any jobs so he made a “personal” independent movie about his career to bear his soul and/or beg for attention.

Now I’m no expert on Pauly Shore, by which I mean I have never watched any of his movies for more than a few minutes. However like most Americans I have been around the block enough times to know that he is a stain on our culture. Every so often our country gets hit with this kind of shit, all the sudden some damn thing becomes real popular for a while and it makes no sense. I’m talking the macarena, the lambada, the Brian Bosworth haircut. I’m talking where’s the beef, whoomp there it is, show me the money, is that your final answer, etc. If it’s ever been written on a t-shirt with an arrow pointing down, that’s what I’m talking about. I’m talking about Vanilla Ice, Independence Day, Andrew “Dice” Clay, New Kids On the Block, Full House, Urkel, America’s Funniest Home Videos, George W. Bush. Those horrible things that suddenly become hugely successful, and you can’t figure how or where or why or who, especially about two or three years later. Now it makes even less sense than it did then. These are the things you will never be able to explain to your children, the things that make you embarassed for the human race.

The beginning of this movie actually does a pretty good job of explaining what the hell happened. Pauly Shore’s mom was the owner of a club called The Comedy Store, where he met many famous people who felt sorry for him. He got a job on MTV talking in funny stoner voices, he made some movies, and the rest is history. (By history I mean a 30 second segment on some VH1 show.)

The movie actually has a not bad idea of starting out with the premiere of some sitcom Shore had on Fox, which at least according to the movie was the lowest rated sitcom of Fox history and was cancelled after one show. It’s mildly amusing the way Shore and his airhead girlfriend believe in the show and nobody else does, including various phoned in celebrity cameos of people watching the show. (The only good one is a dead serious Bill Maher watching the TV in disgust and announcing, “I hate this country.”)

From there I’m sure Shore thought he was doing some brilliant postmodern self referential personal journey type crap, like BEING JOHN MALKOVICH crossed with his diary. Nobody will hire him anymore because they figured out he wasn’t funny, and he has to move back in with his mom. So he fakes committing suicide. Then there are more celebrity and semi-celebrity cameos as people like Kurt Loder and Whoopi Goldberg declare him a genius who died before his time like Lenny Bruce or, um, Sam Kinison (who apparently babysat Pauly Shore when he was growing up, so they always use him as the dead genius example and not Bill Hicks).

During this section of the movie Shore sneaks around in a Unabomber disguise making wacky noises. Then a little girl spots him and he is sent to prison for faking his death. There his cellmate Todd Bridges (played by Todd Bridges) and the ghost of Sam Kinison (a convincing voice impersonator) help him realize that he needs to move on with his life and become an actor.

This is basically one long shot on video skit made only mildly watchable because of the onslaught of cameos. And I guess you don’t see celebrity cameos in a movie every day. I mean damn, it must’ve been hard to get Ben Stiller and Vince Vaughn to do little 30 second improv bits. They don’t do that for ANYBODY.

Okay, to be fair there is one person in there that surprised me – he actually got Sean Penn to make an appearance. Most of the others are like little shots of Snoop Dogg or Paris Hilton or somebody watching Pauly Shore on TV. Only a few of them are self deprecating. Tommy Lee is in prison and tries to show Pauly a sex tape he made with a punk in a blond wig. And it’s kind of funny when somebody calls Tom Sizemore “that creepy guy in movies” and he says, “No, that’s Michael Madsen.” Later Corey Feldman shows up in a montage dealing drugs, but that might’ve been actual surveillance footage, I’m not sure. Only Todd Bridges really has any dignity, basically reprising his Willis Drummond role of the straight man.

Oh shit that’s another one: “Whatchyoo talkin about Willis?” How do you explain that to the future generations? You can’t.

The problem with this movie is that it’s supposed to be the “real Pauly Shore,” but he’s the same old obnoxious dumbass you know from movies and TV. He’s still not funny and he doesn’t have any added layers. You are not seeing a new side of him. And how are you supposed to empathize with this dipshit whining about he’s not rich and famous anymore?

I don’t want to be too harsh on the motherfucker. At least he’s trying to be self deprecating, showing himself as a loser and jerking off all the time (you’ll never guess what happens when he’s jerkin off with a porn star on the phone and has his mom on the other line… whoah ho ho, you are gonna LAUGH at this surprising turn of events.) But it still doesn’t really seem like he gets it. He talks about JURY DUTY losing money, not about all of his movies not being funny. He talks like “the weasel” is his past, but his sense of comedy in this movie hasn’t progressed at all, it’s just lower budget. Worst of all, he seems to try to position himself as a legitimate comedian who just hit some bad luck. There’s a joke about Carrot Top buying his house when he’s out of money. You know, the old “oh shit, Carrot Top gets more respect than me” joke. But I don’t think Shore realizes that to normal people, Pauly Shore and Carrot Top are interchangable. He should probaly be honored to be talking to Carrot Top.

One of the mildly amusing bits in the movie is when a guy at the prison tries to cheer Shore up by saying he made “one of the best movies of all time,” and he turns out to be talking about BILLY MADISON. But after a while it starts to seem like Shore really thinks his shitty movies are as good as Adam Sandler’s shitty movies, but he just wasn’t as lucky. He actually got Sandler to be in the movie, but only his voice, tormenting him while he’s in solitary confinement. Yeah that’s right Pauly Shore, you’re just like Adam Sandler. And this is your PUNCH DRUNK LOVE, I guess.

Now, obviously I’m not really the audience for this movie. I’m just here to verify that this is not some surprising new leaf for Pauly Shore that will win over his non fans, like Eminem in 8 MILE or something. If there are people out there who have a fond spot in their heart for ENCINO MAN and all that crap, they might enjoy some of this movie. Unless they object to being portrayed as psychotic trailer trash, as they are in this movie.

By the way I should mention, I called this straight to video. The box actually says “A 2005 Theatrical Release With Nonstop Cameos!” which I guess is advertising language for “already on video in Australia.”

anyway, sorry about this one, I will try to see a real movie some day,

Pauly Shore
This entry was posted on Monday, December 13th, 2004 at 8:40 pm and is filed under Comedy/Laffs, Reviews. You can follow any responses to this entry through the RSS 2.0 feed. You can skip to the end and leave a response. Pinging is currently not allowed.

One Response to “Pauly Shore Is Dead”