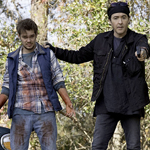 It concerns three college age kids who grew up together, now reunited for a camping trip, and they find some bags of money. And of course Cusack is the dangerous guy the loot belongs to, who tries to get it back from them. It’s a premise we’ve seen many times, but that’s because it works. END_OF_DOCUMENT_TOKEN_TO_BE_REPLACED