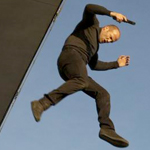 But one day a woman comes up to him, knows who he is, says her employer wants him to kill three people. Arthur “Otto ‘The Mechanic’ Santos” Bishop is no chump, though, so he fights her and her henchmen, escapes in spectacular (though blatantly green-screeny) fashion, and gets ready for a fight. There’s almost a running joke about how many stashes he has around. When he self destructs his boat he goes right to a shipping container with guns and passports. When he resurfaces at his old hut on a picturesque beach in Thailand there’s another stash under the floorboards. I bet if you dropped him off at any random spot in the North Pole it would turn out he hid some guns under the ice there years ago. END_OF_DOCUMENT_TOKEN_TO_BE_REPLACED