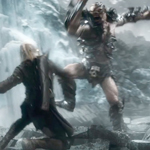 That’s the pre-credits sequence. The archery guy from FURIOUS 6 and his kid kill the dragon pretty easily at the very beginning of the movie. The end. END_OF_DOCUMENT_TOKEN_TO_BE_REPLACED 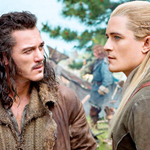 I learned my lesson from part 1 and skipped the High Frame Rate version playing at the Cinerama, usually my preferred theater. On Imax 3D there was some ghosting but it looked like an actual professional movie, an immediate advantage over my experience with part 1. For that reason it’s hard to really compare fairly, but I think I enjoyed this a little more than the first one, despite having the same flaws. END_OF_DOCUMENT_TOKEN_TO_BE_REPLACED

I remember when this movie came out everybody said it was terrible, then the longer director’s cut came out and it started to build up a reputation as underrated. Just to be safe I wanted to allow some time for that rep to foam over and then dry up and harden into a solid surface. The effects of oxygen on the polished surface create the ideal viewing circumstances. So I watched it 7 years later. END_OF_DOCUMENT_TOKEN_TO_BE_REPLACED