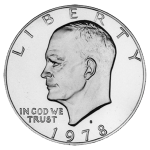 When I read about his deal with Apple to sponsor a line of low-cost computers aimed at the inner city, I wondered if maybe he was smarter than he was letting on in all his music and interviews. Had he used his fame to give back to the community, strategically getting Apple to help the poor catch up technologically with the rest of American society and build a better future? Maybe, but he never mentions anything like that in the article. It ends with the quote, “I never got into it for the music. I got into it for the business.” END_OF_DOCUMENT_TOKEN_TO_BE_REPLACED