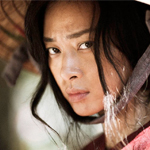 This is a really good action vehicle because it introduces her as a cool, morally ambiguous anti-hero, then reveals her vulnerability, then throws her into a classical action scenario (kidnapped daughter, like COMMANDO or TAKEN) that leads to a whole lot of asskicking and stunt work but also inspires a layered, emotional acting performance. I’m completely ignorant of Vietnamese cinema and have no idea if this is representative at all, but it’s like some of the action and some of the melodrama of a Thai martial arts movie, but much more organically fused into one thing. END_OF_DOCUMENT_TOKEN_TO_BE_REPLACED