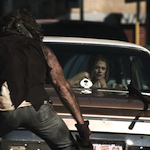 BUT WAIT A MINUTE – did you know that I’m missing one on that list, a 2012 the-names-and-details-have-been-changed type unofficial sequel written and produced by Henkel? Somehow I never heard about it until very recently, when JK tipped me off in the comments for my NEXT GENERATION review. END_OF_DOCUMENT_TOKEN_TO_BE_REPLACED