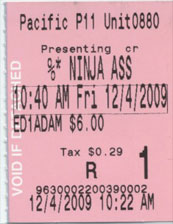 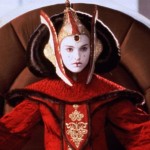 I saw a review in Entertainment Weekly that talked about references to Bush and Bill O’Reilly and Abu Ghraib and what not, but I figure this is more like STAR WARS prequels: it’s about all the assholes throughout history, and the leaders we have now just so happen to be members. It’s like I always say, if your government is strikingly similar to the dystopian sci-fi stories of the past then you got a problem there, in my opinion. END_OF_DOCUMENT_TOKEN_TO_BE_REPLACED