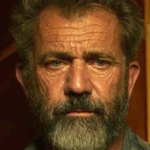 This is a badass tough guy movie, but the action (blunt, old fashioned) is pretty slim. Doesn’t matter, it’s a character movie. Gibson, with beard and craggy face, looks cooler and scarier than ever, and at one point he has an explosion of anger that recalls both his mad, lethal history of craziness on screen and its less fun counterpart in real life. But mostly he’s that grumpy dude who’s actually a sweetheart. Crotchety about the AA shit, but genuine about staying clean. Living in a much worse trailer than Riggs, but seems to be an active member of his trailer park community, not some loner. Pissing off his ex-wife, but mostly by not letting go of his obsessive search for their runaway daughter. END_OF_DOCUMENT_TOKEN_TO_BE_REPLACED

THE KINGS OF SUMMER is a real good indie movie about teenagers, around 15 years old I believe, an emotional age. Joe (Nick Robinson) and Patrick (Gabriel Basso from SUPER 8) don’t seem to be the popular kids, but they’re not “geeks” either. Their parents aren’t bad people, but they can’t get along with them. They’re old enough to sneak out and go to keggers, to get embarrassed talking to girls, but also they can’t drive, they gotta ride bikes. They’ve got a little bit of kid still in them, enough that it seems like a good idea when Joe convinces Patrick (and Biaggio [Moises Arias], a weird kid that just starts following them around) that they should ditch their parents and build themselves a house out in the woods.
END_OF_DOCUMENT_TOKEN_TO_BE_REPLACED