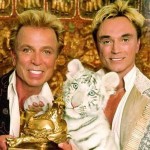 THE BEASTMASTER stars Marc Singer as Dar, aka The Beastmaster, a shirtless dude who is friends with animals. Basically, he is the Aquaman of land, he can communicate with the animals and they help him out, but you won’t see any animals talking like a Dr. Dolittle picture or the later installments of the Air Bud saga such as AIR BUDDIES, SPACE BUDDIES or CSI – CANINE SPORTS INVESTIGATORS. No, it’s pure man-to-animal telepathy. So, you know, he basically hangs out with alot of different animals, they are his homies, they goof around together and then if he falls in some quicksand or something they help him. Come to think of it this is not that great of a power, if he just had human friends they would actually be better at pulling him out of quicksand than a couple of ferrets. I mean it’s simple physics, really. So maybe his real power is that he’s friends with John Amos from Good Times.

This definitely has some of that Coscarelli magic, there is some crazy shit happening in this one. First of all, you got a villain played by Rip Torn with a fake nose and two braided pigtails with little skull barrettes on them. And Rip’s got his stable of witches who must’ve caused some real havoc in the ale houses back then because, as the camera demonstrates by panning up their bodies, they’re some real hot numbers but then they turn around and they got hideous monster faces. And in my opinion they don’t make up for it with their personalities either. They prophesize that the king’s unborn son will some day kill Rip Torn, so he sends them on a fetus hunt. I guess they’re pro-life or they don’t believe in aborting after the third trimester or something, so instead they use magic to transfer the unborn baby from his mama’s belly to the belly of an ox that they lead away and then slice open like a tauntaun. Witch, are you for real? Like I said, this was directed by Don Coscarelli.

The baby grows into Marc Singer, who can see through the eyes of animals and has to go off to the mountains to practice swinging his sword around real fast like he’s trying to be a helicopter. Then he meets Tanya Roberts (timelessly hot compared to most ’80s babes) and uses a tiger to try to get some. You know, the old pretending-to-protect-a-gal-from-a-tiger-but-actually-the-tiger-is-no-danger-because-you-can-communicate-with-animals-and-he’s-your-buddy routine.

Tanya just thinks he’s a regular dude, she has no idea he was born of ox, so he has that going for him. He wants her to come hang out, no pressure, let’s just see what happens. But it turns out she’s a slave of Rip Torn, so the movie becomes about trying to free her. One highlight is when Beastmaster finds some slaves in cages inside a cave full of weird birdworshipping creatures. He lets one of the slaves go, which seems like a good idea until one of the creatures wraps his membranous batwings around the little guy and melts him into goo. Well, at least he had those 2 seconds of freedom, I guess. I hope he enjoyed them.

So there’s lots of good Coscarelli shit that happens along the way, but of course the premise alone is weird enough to make it more interesting than your average sword and sorcery type of picture. He is the Beastmaster so he has a bird that helps him and two ferrets that he carries around. Remember the ’80s phenomenon of the trailer park type individuals who keep ferrets as pets? I get it now. Beastmaster also has a black leopard pal but unfortunately since this was made in a racially insensitive era the leopard is clearly played by a tiger in blackfur (kind of like MR. MAJESTYK has all those white people playing Mexicans).

I have to admit, this is not a genre I like. Don’t get me wrong, I’m not racist against Barbarians. They are a proud people. But their movies are generally made fast and cheap by sleazy European exploitation producers who love making money but never thought to try to make a good movie. Sword and sorcery movies are almost always boring. Honestly the only old school one I can think of that I genuinely like is CONAN THE BARBARIAN, and in more recent years THE SCORPION KING and 300 was pretty good the first time.

THE BEASTMASTER is way more interesting than most, but it’s not on the level of the good ones I listed because it has that same long, drawn out feel all the bad ones suffer from. I can appreciate lingering and a deliberate pace but when a movie is about a dumb guy defeating evil through brute strength you might as well throw some fuckin momentum in there. In CONAN you have that shot where he’s a kid pushing a wheel around and then all the sudden he’s Arnold pushing the wheel around. That’s what you gotta do, say everything you need to say in the span of one edit. But most of these movies would prefer to show the kid pushing the wheel for 5 minutes and then show Schwarzenegger pushing the wheel for 10 minutes and then have him rest for another 5 minutes and then go on a long journey. I mean how long can I possibly watch a dude stand around in some mountains swinging a sword for practice?

It turns out there’s a reason for this, though. Late in the commentary track Coscarelli suddenly gives the most important information: he was screwed by some of the producers and not allowed to edit the movie. They thought it was too short and instead of doing reshoots they cut the existing scenes longer. That is exactly what’s wrong with the movie and the entire genre. Thanks alot, assholes. I hope you all get bitten by ferrets.

adventure Don Coscarelli
This entry was posted on Thursday, November 20th, 2008 at 8:11 am and is filed under Fantasy/Swords, Reviews. You can follow any responses to this entry through the RSS 2.0 feed. You can leave a response, or trackback from your own site.

3 Responses to “The Beastmaster”