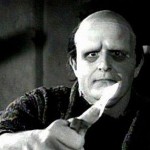 So, through the miracle of opening another window, I ordered a used copy of the book before the interview was even over. Much later it arrived, then I read it, then I loaned it to somebody and his car was stolen with it inside and later they found his car and the car thieves didn’t take the book with them. Their loss, my gain, because Elmore Leonard was right, it’s a hell of a book. Pretty much the first half of the book is all conversations, almost no description. Later some robberies start happening and it turns more into a traditional book. But it doesn’t have your normal type of a story here. It’s more a portrait of these characters and it kind of shows the complexity of a network of criminals, snitches and cops. And it has a great ear for the dialogue. Higgins I guess was a lawyer before he became a writer, maybe he was around some of these guys.

It didn’t occur to me to check for a movie of the book, but conferring with a fellow book reader type individual I learned about it. Paramount never released it on video [UPDATE: it has since been released by Criterion], but you know what? The streets will find a way. The streets will find a way. (The streets in this case are a metaphor for the internet. They got downloading now, and I don’t know how to do it but young people do and sometimes they will burn it for you.) In the movie version Eddie Coyle is played by Robert Mitchum. The director is Peter Yates, director of BULLITT, THE HOT ROCK and MOTHER, JUGGS AND SPEED. Also he did KRULL but that doesn’t count. The score is funky fusiony shit by Dave Grusin, sounds kind of like the score for OUT OF SIGHT.

And I’ll be damned if this isn’t a lost gem. It stays surprisingly faithful to the book, with most of the dialogue lifted right out of there, and not really adding in a bunch of shit to Hollywood it up. I guess it might be unsatisfying to some people, because it’s not really what you expect. Eddie is a small timer and he stays a small timer. Robert Mitchum makes him a badass, but that doesn’t mean he’s gonna do something awesome at the end. There are a bunch of characters and, like in the book, you sort of have to piece together what’s going on from the conversations they’re having. I guess it’s a story about talking: criminals talking to cops about things you’re not supposed to tell cops, cops trying to talk criminals into telling them more, criminals talking to other criminals about what they want and how much they’re gonna pay and etc. Whatever action comes up (a gun here, a car there) is rare and brief.

But to me it’s real fascinating how it all works, there’s this whole totem pole. There’s some guys who are doing some robberies, they get their guns from Eddie. Eddie gets those guns from Jackie Brown (no relation). Jackie Brown gets them from some kids who steal them from gun stores. Also Jackie is working on this other deal to sell some machine guns. Eddie is working on an appeal to avoid doing 2 years. He wants to snitch on somebody so a cop will put in a good word for him, but he can’t snitch on the robbers or he’s a dead man, so he wants to snitch on the machine gun people. Also Peter Boyle is in there as Dillon, this bartender who also has his hands in all this business. It’s gritty stuff. And it’s ’73 so you got some good cars and sideburns and shit in there.

In the movie Jackie says, “This life is hard, but it’s harder when you’re stupid.” And you know what, it’s stupid that Paramount or somebody hasn’t released this on DVD. You want my advice, go get a quote from Tarantino and put it on the cover. I guarantee you he’s seen it, and not just because there’s a character named Jackie Brown (which was not the name of the character in Rum Punch, the Elmore Leonard book he adapted that from). The book even moreso than the movie really reminded me of RESERVOIR DOGS. There’s a robbery where a guy trips an alarm so one of the robber shoots him. In the book there’s discussions about how stupid it was to shoot him, because he’s already tripped the alarm and all you’re doing is bringing the cops down on you harder. There’s also alot of conversations unrelated to the plot, like one about how grilled cheese sandwiches aren’t very good usually but they can be if you put mayonaise on them. Tell me that’s not a Tarantino topic. Maybe it was a an indirect influence, because Higgins influenced Leonard and Leonard influenced Tarantino. But reading this book I got a hunch that Tarantino got some tips from it.

Anyway, check it out if you can. The one somebody loaned me was from an old print, the colors were faded and there were lots of scratches on it. But it looked clear and was very watchable.

Boston George V. Higgins Peter Boyle Peter Yates Robert Mitchum
This entry was posted on Thursday, November 1st, 2007 at 9:32 pm and is filed under Crime, Drama, Reviews, Thriller. You can follow any responses to this entry through the RSS 2.0 feed. You can leave a response, or trackback from your own site.

9 Responses to “The Friends of Eddie Coyle”