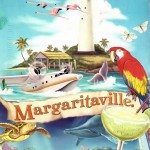 This is a weird movie. It starts clunkily with corny narration about “the story you are about to see,” and the narrator pops up throughout the movie as if it’s an educational film. The actors in the small roles are obviously not actors, some of them are terrible. The filmatism is what you would call “crude and workmanlike” or maybe “serviceable” – although of course it’s a faded, full frame out of print VHS so maybe some day if they give it the Blue Underground or Dark Sky treatment it will turn out to be a fuckin masterpiece of photographical genius.

Anyway, I immediately thought of THE LEGEND OF BOGGY CREEK (which takes the same narrator, low budget, bad acting approach to a true story about alleged sasquatch sightings) but I didn’t realize until I looked it up afterwards that it’s the same director, Charles B. Pierce. I guess the spooky true story business is a good way to pay the bills.

The reason why the town dreads sundown is some guy they call The Phantom, but he is not Billy Zane wearing a purple suit and riding a horse in the jungle, he’s a dude with a mask exactly like Jason in FRIDAY THE 13TH PART 2 (white bag with eyeholes torn in it) who kills kids on lover’s lane, or in one case shows up at somebody’s house and shoots them through the window. He’s a total freak, because the first woman he attacked he bit all over her body. Another girl he killed by blowing her trombone at her. There are many scenes of him breathing heavily so his mask sucks in and out. Who knows what the hell is going on inside there. The guy is a pervert though. This asshole even attacks Mary Ann from GILLIGAN’S ISLAND. What the fuck did Mary Ann ever do to you, you sonofabitch?

I think this is almost a horror movie, but really it’s true crime so it focuses on Ben Johnson as “the most famous ranger in the history of Texas” who takes over the case and tries everything he can and even seems to almost get lucky a couple of times. So it’s about all this police work, so for long stretches it kind of feels like a WALKING TALL movie. And there’s some really bad comic relief with a wacky deputy who has to dress up as a girl as bait, etc. And I think that business actually helps because it really catches you off guard when it goes into the scenes where the Phantom is after somebody, because I think those scenes are genuinely scary. The mask looks so creepy, and the guy plays him as such a weirdo, and there is that morbid feeling that comes from knowing that this is based on a real guy, and not knowing who he was or why he was doing this shit. I kept being tempted to check the internet to find out who the Phantom Killer really was. And I was just watching the movie, imagine those people dealing with the real guy. Who the fuck is that? Must’ve been maddening.

I think it’s even creepier having seen ZODIAC, because these two movies have alot in common. They both start with an unknown guy attacking a couple at a lover’s lane. They both follow the investigators, the theories, the hysteria throughout the city, the false leads, the person who tells the terrifying story of riding with some guy who they think is the killer. When a date comes on the screen you get a sinking feeling because, shit, if there’s a date that means it’s historic and if it’s historic somebody must’ve died. And of course (QUADRUPLE SPOILER – spoiler for THE TOWN THAT DREADED SUNDOWN, ZODIAC and the two real life cases that inspired the movies) at the end they seem like they’re gonna get him and then you find out they never knew who it was or what happened to him. God damn it. So it leaves you thinking, shit, there’s more than one of these unknown masked killer assholes out there?

THE TOWN THAT DREADED SUNDOWN is rated PG, but that doesn’t mean it’s tame. It actually means this is ’70s PG and somebody needs to put this fucker out on DVD so the rating can get updated. It’s not real gorey but it sure is intense when that perv in the mask shows up, or when the cops are just one step behind him. I liked this one. The movie, not the real case.

This entry was posted on Wednesday, October 31st, 2007 at 6:53 am and is filed under Crime, Drama, Horror, Mystery, Reviews, Thriller. You can follow any responses to this entry through the RSS 2.0 feed. You can leave a response, or trackback from your own site.

6 Responses to “The Town That Dreaded Sundown”