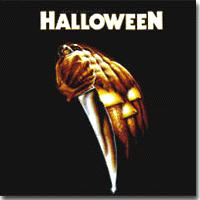 Turns out Rob Zombie (born Robert Puppydogsandbutterflies) disagrees. He’s the writer-director of the Halloween remake coming August 31st, and he just told MTV that his Michael Meyers doesn’t drive. “[Meyers in the station wagon] always bothered me. They always play that off like someone must have given him lessons, but you know no one gave him lessons! He’s in a maximum-security prison! So, no, he doesn’t drive.” 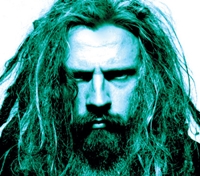 Sounds logical, if you’re into logic. But it means we lose that mystery and the whole tense section of the movie about Laurie seeing a mysterious car follow her around. You never get a look at him inside the car, but a careful use of the pause button shows you that when he’s walking around in broad daylight he’s wearing the mask. So he’s probaly wearing it while driving too, and that freaks me out. I will miss it.

The MTV article reveals many other changes from the classic story. Original Michael Meyers stole his mask from a store off camera, this one apparently has had it since childhood. Original Dr. Loomis was the guy cursed with knowing what Meyers was up to so he had to figure out a way to stop him, this one is in it to sell books. Original Laurie Strode was the most uptight of her group of friends, the new one is not quite as conservative (maybe a good idea since “sex kills” has become such a cliche since the original Halloween).

Also, Michael doesn’t eat a dog in this one. I have always felt that was one of his more underrated activities. When you say “Michael Meyers” people don’t necessarily think “dog eater.” And yet there’s that scene where they find the dead dog, and they say that he got hungry. The new one apparently is not a dog eater.

Oh yeah, one other thing: apparently Zombie decided not to use the theme song. WHAT? That’s like a remake of Jaws without a shark. Or a peanut butter sandwich without bread.

I don’t know how people will react to that, but the remake already has a strong hate campaign against it online, ever since young Quint of The Ain’t It Cool News wrote a negative review of the script. I don’t have the same tastes as Quint, but alot of the things he described did sound troubling. To me, the power of Michael Meyers has always been that he’s a mystery, he seems to be pure evil, he magically knows how to drive, he disappears at the end and seems to be everywhere and nowhere. The dude is magic. (Please don’t bring up the thorn cult though, I don’t want to hear about that shit.) But this movie is all about explaining him – how his messed up childhood turned him into this, why he likes masks, etc. I seem to remember some assholes trying that with Leatherface. It didn’t work.

So I can understand why the reaction from most Halloween fans online seems to be “Rob Zombie pissed in my shoes.” But I’m not so sure. I liked The Devil’s Rejects and I even thought House of the One Thousand Corpses had alot to offer (even if it was a big silly mess), and I would much rather see what Zombie has up his sleeve than whichever imagination-free nobody hack they would’ve found to do the next sequel. And the next one. And the next one. Have we already forgotten the lessons of Halloween Resurrection? Never forget.

I can be a zealot when it comes to horror remakes. The chances are high I could die of a heart attack while discussing my thoughts on the remake of Texas Chain Saw Massacre. But I can be a liberal progressive too. I was dead set against the American remake of The Ring and the action movie version of Dawn of the Dead, then I ended up liking them both. I even enjoyed the remake of The Hills Have Eyes, despite that bullshit with the disabled guy with the giant brain giving a big speech about the motives of the rampaging mutants. And you can always pull out those historical precedents like Cronenberg’s The Fly and Carpenter’s The Thing.

In fact it’s those last two that Zombie brought up in an earlier MTV Interview. He said the best remakes were ones that tried to take a completely different approach from the original. And while I’m not sure I’m gonna like his re-invention of the Michael Meyers story, it does sound more promising than just a typical loose-re-enactment type of remake.

His story apparently starts before Michael has killed his sister and spends a good half an hour on his childhood – they say Laurie Strode (the lead character in the original) doesn’t show up until the last third of the movie.

That could be bad. Could go either way. I know one thing: I like the looks of the new leading man Michael Meyers. I was concerned about the casting of Tyler Mane, a 6’10” professional wrestler who played Tigerman or whatever in the first X-Men and was pretty likable as a character named “Hardcore” in the made-for-cable remake How To Make a Monster. I like the guy but do we really need to turn all the iconic movie slashers into hulking musclemen? What’s next, a 7 foot tall Freddy with a sleeveless sweater to show off his guns? Well, from the look of it Mane has actually slimmed down a little, so he looks tall but not wide.

And the mask (while made to look dirty and rotted) is an amazing likeness of the original, something you can’t say for most of the sequels. “Sentient,” a Halloween fundamentalist on Ain’t It Cool’s talkbacks told me “it has a scowled expression with vertical indentations in the upper noses brow area… the hair line is too high… it’s lower lip is too fat, it’s chin is too wide, the masks left eye is too puffed out, the V shape in its forehead is gone, and the eyebrows look wierd as they are more pushed down nears the bridge of the nose, giving off the anger expressionism.” [sic]

Well, okay, but to my naked eye (I haven’t measured it with lasers yet) it looks pretty damn good. When I saw the first photo I thought, “That’s him! That’s Michael Meyers!” Not a good likeness, but the actual guy. He’s taller now, maybe his new dog-free diet caused a growth spurt. But it’s the same guy, I know it.

Ladies and gentlemen, we got ‘im. I hope.

remakes Robert Zombie Tyler Mane
This entry was posted on Friday, March 9th, 2007 at 2:00 pm and is filed under Other Sites, Vern Tells It Like It Is. You can follow any responses to this entry through the RSS 2.0 feed. You can skip to the end and leave a response. Pinging is currently not allowed.