Vern uses his Untold Power on Renny Harlin’s THE COVENANT!!! 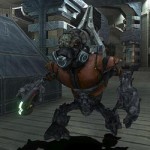 Ahoy, squirts! Quint here. Our boy Vern is at it again, this time with Renny Harlin’s cheesefest, THE COVENANT! This is gonna be fun!!!

Okay, I know you boys already ran a negative review of Renny Harlin’s THE COVENANT earlier today, so me writing the second review of a movie like this is as pointless as, you know, writing the first one. But since I actually sat through the thing I feel I have earned the right to say my piece. Besides, it’s not about the movie. It’s about the journey.

Obviously I can’t agree with the earlier reviewer Gandhiboy about Harlin’s DIE HARD 2 being “as good as the original,” but it is a damn good sequel to a perfect movie that you would think nobody could make a decent sequel to. I believe that the pressure of that feat damaged Renny’s mind forever, turning him into the other Renny Harlin who we love today for different reasons. After DEEP BLUE SEA and to a lesser extent MINDHUNTERS I expect some good old fashioned retarded nonsense from the crazy old Finn. He makes dumb movies smarter than most people. I don’t know how much of it is on accident or how much is on purpose but I think some of you would agree with me that DEEP BLUE SEA is a work of equal parts genius and idiocy. Most of you probaly didn’t see MINDHUNTERS so let me just inform you that there is a scene where Christian Slater knocks over a trail of dominos and it sets off a fancy Rube Goldberg device that freezes his leg with liquid nitrogen, then his leg breaks off and he falls over and shatters. What I’m saying is my man Renny makes crazy, stupid movies like nobody else so when he makes a movie about rich private school witches with the the mystical powers to control cars, I’m there. 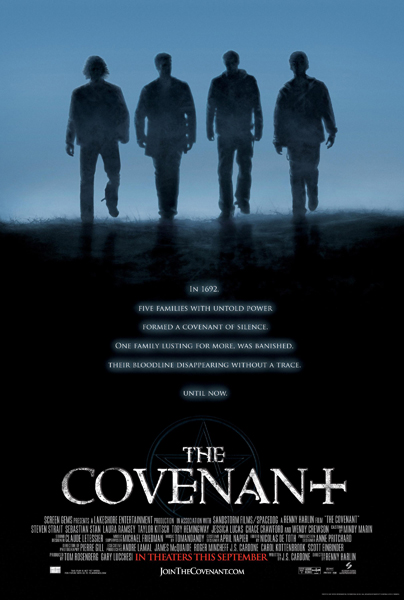 Many movies these days are about True Evil, but this one, according to the poster, is about Untold Power. We learn from some text at the beginning that while we always thought the Salem Witch Trials were just superstitious zealots oppressing women, they were actually on the right track because there were five families of super hero witches possessing Untold Power. Four of these families now have young, hunky, muscular sons of varying hair lengths and sub-Anakin acting skills who hang out together at a rich boy private college in a spooky, foggy, spider-and-rat-infested town in Massachusetts. Everybody calls them “the sons of Ipswich” (you’d think they’d call them “Reid, Tyler, the guy who looks like Josh Hartnett, and the other dude”) and nobody knows they have super powers, although they make almost no effort to hide it.

The plot involves there being two new kids at school, one a hot blonde girl who becomes the love interest/collateral, and the other one a dude who turns out to be from another witch family who wants to get righteous witch revenge on the main dude because of some sort of witch political shit I probaly shouldn’t bring up so it doesn’t turn into some big argument in the talkbacks. Last thing we need is another hotheaded Caleb’s ancestors vs. Chase’s ancestors debate.

Then at the end they shoot blobby balls of magic at each other for what seems like 20 minutes and then the bad guy disappears and that resolves everything, I guess. It will blow your mind.

While I agree with Gandhiboy that this does not have the usual Renny Harlin madness, I did get quite a few laughs out of it. So I think some of you will enjoy it on DVD or cable. The most notable feature is the horrible dialogue, made funnier by the complete blandness and poor acting skills of the leads. I wish I had been able to write down some of the lines. I remember a guy saying, deadpan, “His friend puked at an opportune time.” Also I got a laugh out of, “Someone is using power – and I mean BIG TIME. And I’m gonna find out who it is.” As Gandhiboy says the movie is dead serious, but that makes it alot funnier than if it was trying to be clever.

Somehow I missed the “we-otch” line, which sounds like a keeper. There was one big exposition scene I missed because a dude in the theater flipped out and started yelling about how Bush couldn’t kill his son. I think it was just a general symptom of our country’s turmoil though and not a William Castle type gimmick. I didn’t feel like I missed much because they spent ALOT of time in this movie explaining shit. The characters casually reveal information about the history of their colony or that witch powers appear at the unlucky age of 13 or they drop corny words like “The Ascension” or “The Book of Damnation.” Or they make up new rules out of the blue like you can give your Untold Power to somebody else. The main guy starts talking about how he saw “a darkling” and somebody in the theater asked “What’s a darkling?” Man, don’t ask me. Ask Renny Harlin.

And it’s kind of like MINDHUNTERS, where they tell us all about how the heroes are FBI profilers, but don’t show them profiling. In this one they have scene after scene explaining how using your Untold Power is addictive and you have to be sparing with it because it slowly damages your body and ages you. But then that never happens to any of the characters.

But don’t worry, they use their Untold Power alot. You’ll get to see lots of half-assed CGI wiggly beams that shoot out of their hands after their eyes turn black and glow for a second. When they make their vehicle fly one guy yells “Harry Potter can kiss my ass!” I would’ve preferred “Fuck a broom!” but maybe PG-13 means they gotta use ass instead of fuck.

There’s actuall alot of car related magic. If you saw the trailer you saw the most ridiculous, Rennytastic moment, when the main guy crashes his car into a semi and it explodes into Matrixy debris, but then he magically causes all the parts to re-form safely. Also, a guy fixes a car engine by looking at it, to impress a girl. And in the opening they are getting chased by the cops and drive their SUV off a cliff, then, while the cops look over the edge in horror, the SUV drops safely from the sky behind them. I really wasn’t sure what to make of this, is it supposed to mean they flew all the way around the world Christopher Columbus style? I’m not sure. One thing I do know, they oughta put a fuckin guard rail on that cliff.

I think Renny’s been watching some Larry Clark movies. When the girls are in the dorm talking about town history (as young girls sometimes do) they’re always in their underwear. At one point the boys use Untold Power to flip a girl’s skirt up, and she’s not wearing panties. When the dudes talk to each other on the phone, they’re always shirtless and sweaty in bed, showing off their chiseled abs and pecs. They’re also on the swim team together, so you see them in speedos and then naked in the locker room. I’m surprised they didn’t work a thing into the plot where they have to take their shirts off to use their magic.

But come to think of it it’s very un-Larry-Clark-like and unHollywood in its chasteness. I don’t think any of these characters are sexually active. The leads become more comfortable with kissing each other throughout the course of the movie, I guess that’s unusual, give them points for that.

But just so you know they mean business, every once in a while some rockin guitars come on. CHUNKCHUNK CHUNKCHUNK. So you know that the swim meet that’s going on is very edgy when that happens. When they have their Untold Power duel at the end the actors seem to be under the impression that they look cool when they do all that magic posing. No doubt they are being egged on by the guitars.

Anyway, it’s a stupid movie, nobody’s gonna seriously like it, but it might be good for a few laughs if you’re into that sort of crap. I think I know what it is that keeps it from being a classic, hilarious Renny Harlin masterpiece and makes it get boring after a while: no LL Cool J. See, what alot of people don’t realize is that LL Cool J is hard as hell. He will battle anybody and he doesn’t care who you tell. You can tell Renny Harlin, you can tell Samuel L. Jackson, Thomas Jane, Val Kilmer, anybody. LL doesn’t care at all. He could’ve at least been in there as a professor, or a swim coach. But preferably he should’ve been the lead witch. It would’ve seemed weird to have all these white meatheads hanging out with LL, but since when does Renny Harlin want to avoid being weird? He had that underwater shootout in MINDHUNTERS, and the dead Val Kilmer being used as a marionette. I mean come on. Let’s add LL into this one before it comes out on DVD.

I remember I read a while ago that Renny’s next movie was gonna be about werewolves on the moon. That one doesn’t seem to be listed on the IMDB anymore, and that’s a god damn shame. Get LL on a space station, set some werewolves loose, and you’ll know what to do, Renny. I want to see the Untold Power of DEEP BLUE SEA again. I believe in you, Renny.

Renny Harlin witches
This entry was posted on Friday, September 8th, 2006 at 3:21 am and is filed under AICN, Horror, Reviews. You can follow any responses to this entry through the RSS 2.0 feed. You can skip to the end and leave a response. Pinging is currently not allowed.

9 Responses to “Vern uses his Untold Power on Renny Harlin’s THE COVENANT!!!”