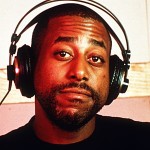 These wild things first hit spectacularly in 1998 and in two less inspired copycat cases since. Don’t worry though, they should be easy to catch if you would start paying attention. I’ll give you the profile for typical wild things to help you out.

First of all, they always work in teams. They got one whiny, spoiled super-rich girl raised by a single parent, who says “bitch” alot. And then they got a slightly tougher “swamp trash” brunette who lives in a trailer. At school these two will pretend to hate each other, but behind closed doors they actually make out in a swimming pool, rub each other’s boobs, etc.

You are looking for young girls comfortable in swimsuits. Their hobbies include riding around on swamp boats, slapping people and having cat fights in swimming pools. Also, three way sex. Yes, you are also looking for a third member of the team who is always some kind of male authority figure such as a teacher or medical examiner. These three primary members are always involved in three way sex. That’s the wild things way of life.

A typical wild things cell also has other adult authority figure members (lawyers, cops, etc.), some of whom don’t know about each other’s involvement and who usually doublecross each other. Also part of the culture. We probaly shouldn’t be judgmental about it.

Their crimes are complex scams for large prizes of money or, in the most recent case, two diamonds worth $4 million. The caper always begins with one of the young wild thing girls falsely accusing an adult of rape. The adult will actually be in on the whole scam, although in the end they will be betrayed. (And they never fuckin learn. Always thinkin with their johnsons.) It’ll get more complicated from there, with various wild things seducing various others and then having to kill somebody. Invariably one of the officers investigating the murder case (usually the one who suspects the rape charge was a lie) will actually be in on the scam.

So how can you stop these crimes? Easy. It starts by keeping your eyes peeled at Blue Bay High’s sexual assault prevention assembly. Every one of these crimes has started at this annual event. Next year, keep a look out for one rich girl talking to her friend during the assembly and looking down her nose at the brunette swamp trash sitting by herself pouting. (Usually she is the one who comes in late.) Also please note that at least one of the members of the panel, such as a cop or medical examiner or both, is gonna be in on the scam. If you’re on the panel and you know you’re not in on it, that should narrow it down and make it easy if you would just pay attention and do your fuckin job. I’m lookin at you, Linden Ashby, star of Wild Things 2 and 3. Although if they make a part 4 I’m sure you’ll get a piece of the action so maybe I shouldn’t waste my time with you.

Next, you gotta bust ’em at one of these threesomes they have. Every time, the 3 lead members of the wild things cell reveal themselves by having a three way. Now, as a civil librarian or whatever I am uncomfortable about police invading the privacy of ordinary americans in their sleazy hotel rooms and swimming pools. But 9-11 changed everything, even Jesus. Just say some bullshit about terrorism and freedom, I’m sure they’ll give you a warrant.

Be aware, although wild things are only looking for money and sleazy sex, their crimes always leave a trail of bodies. So consider them hot and dangerous. We don’t want their activities to make it harder for rich Blue Bay girls who are telling the truth when they accuse somebody of rape. But really, how hard can it be to follow the accused rapist around until he meets her at a swimming pool? I mean I understand the first time but by the third time around there’s no excuse. Come on cops, get it together guys.

Also remember that Neve Campbell, now blonde and riding a sailboat, is still at large. She might be training up an army of these wild things, that might be what’s going on here. Be careful out there fellas.

This new movie is called WILD THINGS 3 (or so the title screen says… the box says WILD THINGS: DIAMONDS IN THE ROUGH). And again, it is not so much a sequel as another remix of the same god damn plot from the first one. This is the kind of sequel that actually does damage to the original, because that movie took all the cliches of this Cinemax type genre and turned them on their head or piled them up on top of each other to create a ridiculous masterwork of high sleaze. But seeing the same story a second time and a third time starts to wear out the originality of the first one, makes it start to seem old hat.

I mean honestly, I think it would be possible to tell a completely different crime story that involves the class system in Florida and young girls who take their shirts off, call it a WILD THINGS sequel without having to tell the same god damn story again. Too bad Charles Willeford isn’t around, he coulda come up with something great. And it’s too late for Elmore Leonard at this point. I mean really, all you need is some sort of crime, and a nod to the use of high sleaze and ludicrous plot twists. Those are the only elments you need to make it the wildthingsiverse. As long as you’re making straight to video sequels that nobody asked for, might as well try to do a good job.

These same writers did WILD THINGS 2 so I’m sure they had fun rehashing their own rehash. I wonder if they just used the same Word file and used word replace to switch some of the names and details around? They also did SNIPER 3 and have SINGLE WHITE FEMALE 2 coming up so we can look forward to more of their trademark brand of mediocrity. Luckily IMDb doesn’t have them doing ROADHOUSE 2 yet so hopefully they’ll find somebody better to do that one. (And not anybody who worked on the CRUEL INTENTIONS saga, please.)

If I had to choose between WILD THINGS 2 or 3 though I guess this new one is a little better. It has a high concentration of lechery and camp in the first ten minutes or so. You got the two girls yelling “BITCH!” at each other, fighting in a swimming pool and walking around with their nipples showing through their shirts. Also they introduce the girls locker room as in important Wild Things setting, including a naked makeout session during the end credits. (Yeah, they’re still doing that end credits thing.) I’m sure many middle school boys with porn blocked from their web browsers will enjoy seeing this one on Showtime when mom and dad are asleep. I mean, this is America. Everybody loves seeing lesbians go at it, as long as they are both hot and not in a monogamous, legally sanctioned relationship. Also there was one scene I kinda liked where one of the girls tries to get an SUV with a dead body into the swamp, and finds out how hard it actually is. (It almost looked like she was gonna get herself run over, too. That woulda been funny.)

Oh shit, wasn’t this originally supposed to be a letter to the Blue Bay police department? When did I abandon that gimmick? The talkbackers will never stand for this lack of consistency. Plus I got a commitment to excellence, I can’t allow this kind of betrayal of my purist values. Please don’t read those last four paragraphs. thanks.

*gratuitous political references lure crazies to talkbacks, keeping them off the streets

DTV DTV sequels sequel
This entry was posted on Saturday, March 12th, 2005 at 5:43 pm and is filed under Action, AICN, Drama, Mystery, Reviews, Thriller. You can follow any responses to this entry through the RSS 2.0 feed. You can skip to the end and leave a response. Pinging is currently not allowed.