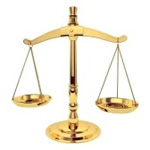 But I mean how do they know it’s gonna happen that way? What if they zero in on a topic that in itself is fascinating but then it turns out all the people involved are pretty regular and don’t have anything funny to say about it? How is it that guys like the Maysles and this Nick Broomfield can have such high batting averages in this department?

I mean when you decide to make a documentary about the media crowned “america’s first female serial killer”, for once a prostitute who kills johns instead of the other way around, a woman who claims to have only killed people who tried or succeeded to rape her (which, for a prostitute, is not too far out a story), and the jury didn’t believe her because they didn’t know the victim had spent ten years in prison for attempted rape, you already know you got an interesting topic. And I guess you can assume this Aileen is gonna be somewhat interesting.

But you don’t necessarily know you’re gonna get a spacey born again Christian who legally adopts the 35 year old Wuornos “because Jesus told me to.” Or an author of a book on Wuornos who sounds absolutely disgusted with Wuorno’s lack of effort in marketing herself as a prostitute. Or a burnt out longhair public defender who smokes seven joints on the way to prison, puts Bob Marley on the answering machine at his law office, plays guitar and sings for the camera and tries to make jokes to cover up his discomfort as he accepts money on camera as Aileen’s “agent”.

If you just read a newspaper article about it, and you read a couple quotes from her lawyer and from this author, you would assume they were experts. I mean you figure somebody like that, they know what they’re talking about. But when you see them in a documentary like this I think you get more of a picture of who they really are. They are more of a real guy. They aren’t just an expert in an article, they’re some moron you know from an old job, or you met at a bar, or you saw get in an argument with the clerk at the 7-11 or something and you’d think, what is that asshole’s problem?

If you haven’t seen his other movies, Broomfield does the kind of documentaries where he’s a character. The movies are about the journeys of making the movies, with him narrating the story unfolding in front of him, and usually on camera with a headset and boom mic, interviewing the people. Like with Michael Moore there are always scenes where he goes to get an interview and gets the fuckin runaround. But he also finds a really satisfying and suspenseful climax. In KURT AND COURTNEY it was his nervous hijacking of a microphone at an ACLU event where he questions their choice to honor Courtney Love, who’s notorious for bullying journalists. (He gets shut down. At an ACLU event.) In BIGGIE AND TUPAC it is the thrilling edge of your seat scene where he shows up uninvited in a prison yard to interview Suge Knight, a gigantic ex-football player known for hanging people off balconies and forcing people to drink champagne flutes full of piss at gunpoint. In this one, it is the scene where he finally gets to interview Wuornos in prison.

Now as you might guess, this is not a pretty movie. You see footage of this gal’s murder confession. You see a long clip of her testimony where she describes in detail how she says the first victim raped her, before she shot him in self defense. But the movie is about the way everybody around her tries to take advantage of this horrible situation. The stoner lawyer and the space cadet adopted mom are obviously in it for the money, but then so are the cops. I read a couple articles on Wuornos and they portray her self defense claim as a ridiculous lie, despite the later discovery that the first guy really was a rapist. And it’s easy not to believe her when she tells Broomfield about a conspiracy of cops trying to cash in on a movie deal… and then it turns out to be true.

The saddest thing is that what these people are trying to take advantage of is a horrible tragedy. I mean first of all obviously you got the seven individuals who were shot dead, naked in their trucks. And whether they really were rapists or not, they all got families. Second you got Aileen’s past – her dad was a child molester, she was a prostitute, she’s obviously been raped at some point if not by all these guys, and now she’s killin people. This is not good. And then you got the whole system which is designed, especially in a state where a fuckin Bush is a governor, to slaughter people like you do rabid dogs. I know it’s different here in america but in almost every other part of the world, except in places where they cut off hands and shit, this is considered caveman behavior. Anyway it’s all such a circle of violence and victimization, it makes you wanna fuckin puke. But these people, instead of puking, they try to make money.

As portrayed in the movie, Wuornos is actually the most honorable character in the story. She’s fed up with people trying to make money off her. She rails against politicians using her execution as an election gimmick. She already has a death sentence, she says, why waste the taxpayers money on giving her six more. How many fuckin times are you gonna kill her. And she would rather just sit alone in her cell waiting to die than be with people only pretending to care about her.

A NOTE ABOUT BIGGIE AND TUPAC: as I’m writing this Broomfield’s latest BIGGIE AND TUPAC is playing in some cities, and I don’t think it’s a coincidence that some new so-called revelations appeared in the LA Times. I am no expert on this business but I read the book LAbyrinth and I saw BIGGIE AND TUPAC and with the piles of evidence implicating LA cops in both the murders(who were later convicted of a bank robbery) it’s hard not to smell a huge pile of bullshit when you read that article.

The new article by Pulitzer Prize winner Chuck Phillips starts out by dismissing these allegations as “conspiracy theories”, without naming the book or documentary by name so you can see for yourself. A conspiracy theory is supposed to come from some nutball, but the theory that Suge Knight arranged both murders and had cops help carry it out came from Russell Poole, the lead investigator in the Biggie Smalls murder. He was harassed, threatened and sabotaged every step of the way, and he’s no longer a cop. Just like the ex-cop in AILEEN WUORNOS, who, remember, turned out to be right.

But setting that all aside, the article is hard to swallow anyway. The new story (with all information coming from that most reliable of witnesses, anonymous sources inside the Bloods and Crips) is that Biggie Smalls paid for it and Orlando Anderson did it. Biggie and Orlando were not available for comment, because they were both murdered. Orlando was murdered immediately after Tupac, before he could talk to police, and even in this article they claim it was “an unrelated dispute.”

The new story goes that the Crip Orlando got in a fight with the Blood-affiliated Tupac after the Mike Tyson match. (This is true, but most believe it was a setup fight to implicate gangs in the murder.) So Orlando and the Crips decided to kill Tupac to get revenge for the fight. Kind of a harsh punishment, but I guess they’re gangsters, they do that kind of shit.

But then they said wait a minute, as long as we’re gonna kill Tupac, let’s try to get money off it. I happen to know that Biggie Smalls is secretly in town staying at a hotel which I know the location of, and nobody else knows he is here and it’s weird that he’s not at the Mike Tyson fight like everybody else but still. Let’s go to his hotel and tell him hey, we’re going to kill Tupac Shakur, will you pay us $1 million since we are going to kill him anyway. And then Biggie, according to the story, said yes, I will pay you $1 million. But I will only do this if you will use THIS, my PERSONAL GUN. And he pulled out HIS PERSONAL GUN from his pants. And he handed HIS OWN GUN to these Crips and paid them ONE MILLION FUCKING DOLLARS for the service of USING HIS GUN TO KILL A CELEBRITY, even though they were going to do it anyway. And then he didn’t pay them all the money, so they killed him too, even though they were gonna do it anyway, and he paid part of it, and he gave them a free gun and bullets which saved them probaly a few bucks.

I mean if 9-11 hadn’t happened this would probaly be the biggest pile of horseshit any respectable newspaper ever asked anybody to swallow. you motherfuckers should be ashamed of yourselves. And I don’t even like rapping music.

The sad thing is, the article did the job. People all around the world read the headlines, and don’t know the facts, and will always believe this asinine story, and the dude can’t even say anything because he himself was murdered, probaly by the same fuckin guy. That’s how it works, if you’re powerful enough, you can lie in the headlines, and nobody will bother to read the article. and that becomes history. thanks alot, assholes.

Nick Broomfield
This entry was posted on Tuesday, October 1st, 2002 at 10:25 am and is filed under Documentary, Reviews. You can follow any responses to this entry through the RSS 2.0 feed. You can leave a response, or trackback from your own site.

2 Responses to “Aileen Wuornos: The Selling of a Serial Killer”