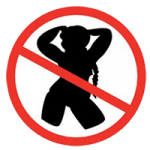 First of all you gotta realize, this is one of them movies where a well known director decides to do a loose, low budget experimental quickie type picture. For example, while making his “real” movie, the chinese water torture of an animated feature that is WAKING LIFE, Richard Linklater also spent like a day or two doing a minimalistic three-character-play-on-digital-video called TAPE that was a little easier to stomach.

In this case the director is Steven Soderbergh, and in my book he’s earned the right to do whatever the fuck he wants with a digital camera and Julia Roberts on the weekends. Not because he made two movies in the same year and was nominated best director for both (although that’s probaly something worth bragging about) but because before that he was on even more of a roll, doing OUT OF SIGHT and the 1999 Outlaw Award winner THE LIMEY right in a row. This year Soderbergh is doing a remake of SOLARIS, that russian space movie that is famous for being really long, boring and good. But first to cleanse his pallet he whipped out this little fucker that is kind of an homage (french word) to the DOGMA of ’95 movement and the new wave that the french had a while back.

The movie stars Catherine Keener and the gay dude from Frasier, but also has Julia Roberts in there and some other star cameos. A word of caution: you are in for the ol’ movie within a movie within a movie deal. There is the story of Julia Roberts, wearing an excellent Jane-Fonda-in-KLUTE wig, as a magazine reporter interviewing Blair Underwood (the guy from KRUSH GROOVE) who is playing a movie star who is more famous than Blair Underwood. But most of the movie is the story of various people tangentally connected to the making of the movie about Julia interviewing the movie star. This part is shot on the digital video with natural lighting and improvised acting. Don’t worry, there is no split screen garbage going on here and Catherine Zeta Jones is not involved.

The elements that make up this picture have all been done before. We’ve seen examinations of what is phoney about hollywood. We’ve seen dogma 95 movies and pornography shot on video, and movies that have titles that make it sound like there’s nudity even though there’s not. We’ve seen lots of self referential business and star cameos and jokes about people doing tasteless plays about Hitler. But somehow this young bald man, Soderbergh, made it all real interesting as far as I’m concerned. I think this is not only because he has good taste and skill and what not, but also because he is just a likable type of dude. You never get the feeling that he takes himself as seriously as other people do. That’s why he does shit like that movie SCHIZOPOLIS or gets Neil Labute to talk on the commentary for SEX LIES AND VIDEOTAPE since he doesn’t have much to say about it, or riles up the writer of THE LIMEY by saying on the commentary track that his script is “really just a sketch.”

So what surprised me about this movie was how funny it was. Yeah there is the dogma style pseudo-realism, and some raw emotional type crap, but there are also all kinds of laughs. At one point he said this was a followup to SEX LIES AND VIDEOTAPE which kinda makes sense, but it reminds me more of SCHIZOPOLIS, that weird home movie where he was the star and it’s all funny but makes no damn sense. The best part is Nicky Katt (from THE LIMEY) playing an egomaniacal actor playing Hitler who self righteously tells the director “Anyone who has a problem with drinking blood obviously has never drank blood before.” And Catherine Keener, who is about to turn 41 and leave her husband, is going nuts throughout the movie. This makes for some wacky moments, etc. It’s an entertaining crowd pleaser as far as this type of movie goes. The BLADE II of self indulgent self referential improvised experimental exercises.

And I gotta admit I liked all the references and ironies and what not. It’s not like JAY AND SILENT BOB where if you don’t think it’s hilarious that Ben Affleck is playing a character who hates Ben Affleck, then the whole scene drops dead. They’re not so much punchlines or jokes as little asides that you can notice or not. Like when Blair Underwood’s character within a character says that black men never are shown kissing in movies, then you notice that you never get to see him kiss in this movie, or the movie within the movie, and also that he is referring to Denzel Washington not kissing Julia Roberts in whichever crappy John Grisham garbage that was.

I mean there is a ton of this stuff. In the credits, Brad Pitt is credited for playing two characters: himself, and Brad Pitt. And Soderbergh almost gives himself a Hitchcock cameo when he is briefly seen as the director, but he puts a black block over his face. The part that had me practically whooping in the theater was a shot that connected the movie-within-a-movie to a certain Outlaw Award winning film also by Soderbergh. Which in itself is a comment on the phoniness of Soderbergh’s own best film.

Come to think of it this type of delightfully surprising reference business is becoming a Soderbergh trademark. In OUT OF SIGHT he had a surprise appearance by a character from another Elmore Leonard movie. In OCEAN’S 11 he had a bunch of actors playing themselves, and then being mobbed while Brad Pitt and George Clooney walk through a crowd unnoticed. Keep em comin, Soddy. Clever us to death.

I also liked the references in the movie-within to things from the movie-without. Blair Underwood says that he lives next to a man who dresses as Dracula. Earlier, we saw a neighbor dressed as Dracula, but it was David Hyde Pierce’s neighbor – because he wrote the script to the movie where Blair Underwood said that. In the movie, a woman writes a romantic love letter on red stationary, but in the “real life” the note he got was his wife saying she wanted a divorce.

This may be a double standard, I don’t know, but here’s a director that knows how to take advantage of digital video. What is digital video’s most noticeable quality? It looks like shit. So Soderbergh made it look as shitty as possible. I complained that BAMBOOZLED looked like a bootleg. This one looks worse, so much worse that it looks better. It looks like a movie from the ’70s, shot on super 8, faded and never restored, that you found for rent in a mom and pop store, in one of those porn sized boxes that means it’s been out of print since the mid ’80s. Steve Spielberg told some magazine that the reason film is better than video is because video is made of uniform squares, but film is made up of chaos, of bouncing and popping grains, like molecules. Well, here’s a video that bounces and pops all over the place. It’s so fucked up that at one point Soderbergh has a square lightening part of the frame, directing your attention to an important item that otherwise you wouldn’t be able to make out in the shot. So even in the shittiness of the picture, you know you are dealing with a master here.

But what is it supposed to be about? What is it saying that is new? There is nothing revolutionary here, but I think one thing it’s saying is that there’s really no such thing as realism in a movie, no matter how dogmestyle you get. It is interesting to see a big movie star like Julia Roberts with a bad hair do, but a real bad hair do, not one created by a hairdresser on purpose. And she’s just talkin, in a documentary style, pretending it’s all real, and doin a good job. But you’re still thinking this is interesting, because she’s Julia Roberts. You’re not thinking this is a real documentary. And in case you think this is an accident, the video part of the movie ends up pulling out to show a camera crew, like the end of Jodorowsky’s HOLY MOUNTAIN or Michael Jackson’s “Liberian Girl.”

SPOILER. David Duchovny is only in two scenes, one where he has a huge boner and the other one he is dead from autoerotic stimulation. Enjoy, ladies!

Now obviously this is not a movie that is blowin the lid off of hollywood, and it’s not going to belong on everybody’s dvd shelf, like with THE LIMEY. And also you’re not an asshole if you don’t like it, like with THE LIMEY. But I got a kick out of it. It was a good inbetweener for this young man.

Steven Soderbergh
This entry was posted on Wednesday, October 2nd, 2002 at 8:14 am and is filed under Comedy/Laffs, Reviews, Romance. You can follow any responses to this entry through the RSS 2.0 feed. You can skip to the end and leave a response. Pinging is currently not allowed.