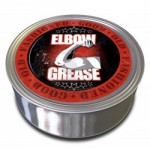 Well if there is one thing I’d like to see more of coming out of Hollywood, it’s #1: Billy Jack movies, and #2, elbow grease.

If this young guys running Hollywood knew about elbow grease, they would know to get off their ass and think through an idea before they decide to make it into a movie. Any one of us might of came up with the idea, “Hey, wouldn’t it be cool if we have John Travolta acting real funny and crazy, and he has dreadlocks and a big head, they are flying around in spaceships, the space ship type of movie that the nerds like?”

But then if we took the time to think it through we’d say, “No, no it wouldn’t be.”

You see? Elbow grease. Half way is for pussies. If you’re gonna start you gotta finish. If you take off her panties, you gotta lick her. When Die Hard was first released in 1988, they said it would blow you through the back of the theater. Now a days, the biggest reaction movies get is, “You gotta be fuckin kiddin me.”

For example did you know they made a movie called The Flinstones Viva Rock Vegas. 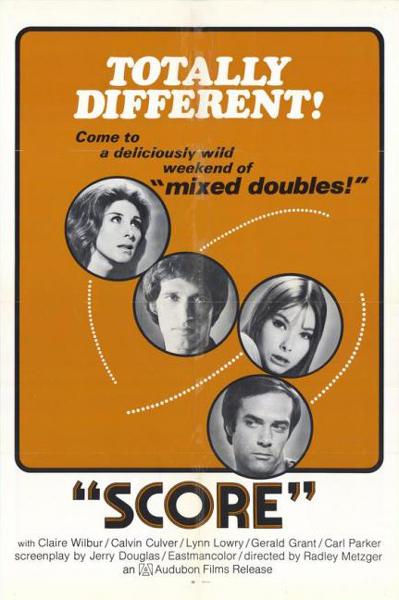 Today I would like to talk about an individual by the name of Radley Metzger, who worked in the sex movies starting in the sixties. This week I watched two of his pictures, Score and Lickerish Quartet. And it made me yearn for the days of yore and what not.

You see Radley was an individual who actually tried to make real movies with plots and characters and what we film Writers call mise en scene. The photographing techniques in his pictures was top notch, with stylized sets, interesting themes and hot sex. The gals in his pictures had a real glamour to them, a real goddess type presence. He really looked for that type of beauty. He wouldn’t just hire anyone who was molested as a child and was willing to be squirted in the face. The standards were higher then.

Score is about a husband and wife that try to compete with each other at who can make the best conquests. And by that I do mean sexual conquests by the way. Well for example the wife is trying to get the repair man or whatever who comes to her house to get in the sack with her. Or at least on the floor. And the next thing you know they’re fuckin.

Well, I guess you had to be there. The photography is good anyway. I rented it because there was a good lookin gal on the cover. 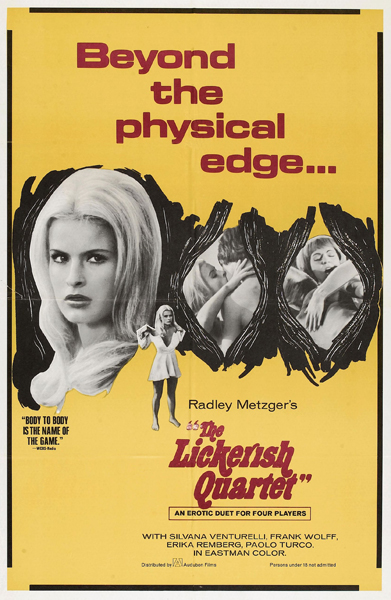 So they go to a carnival and watch this troop of motorcycle daredevils. They are inside this giant cylinder and they drive around it and do tricks. It is pretty fucking incredible. Especially when they notice that one of the motorcyclists looks exactly like the gal in their sex movie.

Radley really treats this like a real movie, he puts the elbow grease in, the editing and music are also better than many mainstream or g-rated type films. Another thing was the pubic hair. In this time period, they had just the right amount. I’m not talking about a big wad of hair going halfway up the thighs and two laps around the ass. I will allow for a certain amount of trimming. But the pussy mowhawks they have today are going a little too far for this old timer. And I am especially against the whole shaving it bald deal which has now made it into the teen movies with American Pie. What the hell is wrong with these pervs today they don’t want hair.

Anyway I think I’m gonna call it a day before I lose the rest of my female readers but seriously think about it guys. If we can’t put a little art into our sex movies than what CAN we put art into? What kind of culture are we living in that is so willing to lower its standards even when it comes to pornography? That is why I ask you in joining me to draw the line here.

It is time to raise the standards back up to Radley Metzger level. If you’re just gonna videotape some random naked chick then we’re not gonna jerk off to it. Sorry bud. We want cinematography. We want creativity. We want motorcycle stunts. When we as a society and as a culture and community of artists are able to improve our pornographic works, just think what will happen when the mainstream non fuck related films of Cinema follow suit.

So I hereby call a boycott on all Dogme 95 pornography. Never again will we rent Stop! My Ass Is On Fire. No more Virtual Sex With Jenna or Once Upon a Squirt or World’s Luckiest Man. Or for my homosexual readers, Rescue 69-11 or Gridiron. Please join me in asking the pornography industry to bring back the dignity, so we can hold our heads high again when we’re, I mean, you know what I mean.