The Comedy of Jokes 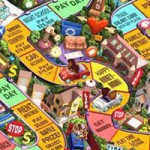 Well hell man here it is my tenth column that’s a pretty fucking big deal in my opinion. I think it would be unfair to just review a movie for the tenth column. Also no major movies were released this week and to be frankly honest I don’t want to see the Schwarzenegger after all. I read that he has a shootout with catholic priests and that’s pretty fucking funny but otherwise it just looks like its yet another copy of the whole ghostbusters tongue in cheek horror thing.

You see I happen to like humor as well as jokes, when it is good. One of my buds Jeff McCloud Writes to me just about every week and this week to be honest he Wrote that I didn’t understand comedy. Well I am here to prove that is not the case. 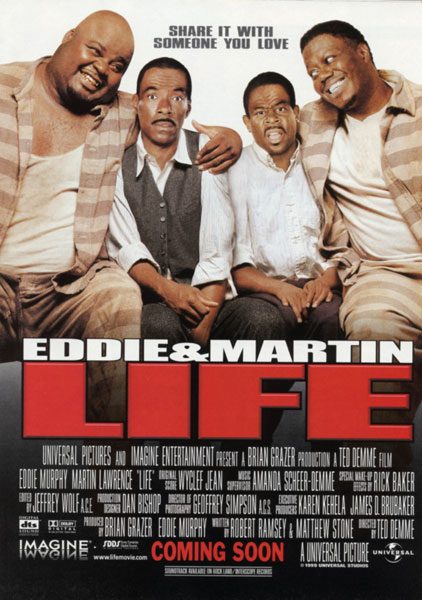 As I told Jeff, maybe Jay Leno, Bob Hope, all these guys, to be frankly honest it’s true I DON’T understand what’s supposed to be so funny about these motherfuckers. I mean yeah I understand clinton got a blow job, white guys don’t know how to dance etc. but I think for me comedy is a dude that tells a good funny story. That dude is of course Mr. Richard Pryor.

I wrote about Richard last week and I also mentioned he was going to be on a tv show “Norm.” Well I watched it and in my opinion it was not richard’s best work although better than Toy Story part 1. Richard was in the opening scene playing a dude in a wheelchair. Now what he does is he has a couple lines and then he jumps on norm’s back.

Now I did not know this but it turns out Richard is in a wheelchair in real life. I don’t know if this is related to his freebasing accident or not however that wasn’t really him jumping on Norm’s back. And in my opinion, you don’t get richard fucking pryor to appear on your tv show and then have a stunt double for half his scene. So that is why i think this show should be cancelled.

Another young dude who was once said to be the new Richard Pryor is Mr. Eddie Murphy of Saturday Night LIve. Now Eddie used to do standup movies like Richard and once even had a non standup movie that had Richard in it (Harlem Nights). Unfortunately these days his career seems to have gone pretty much in the crapper.

At one time Eddie was doing movies where he is a wisecracking cop who lies all the time, pretending to be a pool cleaner, photographer for Rolling Stone magazine to take pictures of Michael Jackson or whatever. He can pull all kinds of shit off but he’s vulnerable, he’s just a fuckup when it comes down to it, but a good one. Not unlike Bruce Willis in my opinion as far as a serious action movie but with laughs.

But one fateful day Eddie did a movie called Coming To America about he was an African prince trying to find a wife in America or some shit like that. Unfortunately in this film is contained a scene where Eddie plays all of the dudes in a barber shop, wearing makeup and speaking in different voices.

Now don’t get me wrong, it was funny the first time, but there comes a time in a man’s life when he’s got to start doing something new. Eddie is getting older and he still keeps remaking this one scene. Vampire in Brooklyn. Bowfinger, he plays two characters. The worst of all is Nutty Professor, one of Eddie’s more serious movies about how he’s a fat dude. In this movie Eddie plays a fat dude, an old lady, an old man. Although there are almost no jokes in the movie as far as I noticed there is some comic relief about how the fat dudes fart all the time and stuff M&Ms in their mouth.

I don’t know about you but I know a lot of Samoan dudes that would like to have a few words with Eddie about this one. I think he was trying to make the movie as a tribute to fat dudes, but it sure didn’t come out right.

However recently I rented a movie starring Eddie which I appreciated a little more and I think you know what the movie is – Life.

In Life, Eddie and Martin Lawrence play two black dudes who get framed for murder and, as you might guess, get life. So the movie mostly takes place in prison and some of you may not know this but I am an ex-con so I know a little about this type of setting.

Now this is not necessarily the greatest depiction of prison life that I have seen. At times it seems like these characters just live in the yard and don’t even have their own cells. But it does do a good job of showing the way motherfuckers are constantly scheming to escape, and better yet the friendship and bond that can develop just from being locked up together. Although there is little depiction of the gangs and rape and that sort of thing it does show the Positive side and the family atmosphere that develops.

What I like about this movie is Eddie’s character, back to the old charismatic hustler. He is likable because like you or me he is a dude that can fuck up every now and again, and like you or me he knows the ins and outs of the prison system. He is not one of these Eddie Murphy romantic leads of the ’90s and he is definitely none of this fat dude shit.

However ultimately the film falls apart. For one thing, I think it is a copout to have these dudes be framed for the murder. I mean they are small time hustlers anyway why not put them in the joint for a crime they really did commit. We should still be able to feel for these dudes in this situation and wouldn’t have to have this routine cop show type ending where they find the cop who framed them and get their revenge.

But particularly the movie fails in the end when once again Eddie succumbs to his makeup fetish and plays an old man still in the can. Now okay I like the idea of telling the whole story of these motherfuckers life sentences, but lets be honest here. Neither of these motherfuckers looks or sounds like an old man. Now maybe this is what passes for jokes these days but I’m not standing for it. Eddie wants to wear makeup even if its gonna ruin a movie, and that is his weakness, just like Mike Meyers (the comedian, not the Shape) has the weakness that he wants to be a rock star so he has to have a band or sing in all of his movies.

Now in prison there are plenty of dudes that like to tell jokes. These are what you call a clown or a smartass or a “you think your funny motherfucker?” However some of them you must admit know how to tell jokes. I’m not talking on the level of a Richard Pryor although some of them show the promise of perhaps a young Eddie Murphy or Johnny Carson.

In my opinion comedy is all about timing and these motherfuckers have a LONG FUCKING TIME to get the timing down. Unfortunately the correctional system is not a good environment for a comic, and almost seems designed to keep them down. A comedian who practices the timing of one joke endlessly may eventually master the comic timing, however he will also annoy his neighbors and get shanked pretty quick. Therefore there is little room for perfectionism or rehearsal in the can. That is why very few successful comedians other than Tim Allen and Drew Carrey are ex-cons.

So you see the point is, I do understand comedy in my opinion. But they just don’t make good ones anymore. If you know of any good ones, or if you know who the new Richard Pryor of the ’90s is, please e-mail me.

This entry was posted on Monday, December 6th, 1999 at 6:08 am and is filed under Comedy/Laffs, Reviews, Vern Tells It Like It Is. You can follow any responses to this entry through the RSS 2.0 feed. You can skip to the end and leave a response. Pinging is currently not allowed.

3 Responses to “The Comedy of Jokes”