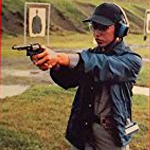 We see her rise from a childhood in rural Georgia, poor family, sick mother (Veronica Redd, The Young and the Restless), mean father (Henry G. Sanders, REBEL, CHILD’S PLAY 3, ROCKY BALBOA). One scene involves a white family offering them a Thanksgiving turkey, her father refusing it, and her getting it anyway and surprising the family with it. her dad throws a fit and knocks it onto the floor. So much is established in this scene: Johnnie’s fearlessness and insistence on doing her own thing, her lifetime of dealing with angry men, but also her dad’s attempt to instill self-reliance into her, and the idea that her willingness to engage with white people makes her an outlier. END_OF_DOCUMENT_TOKEN_TO_BE_REPLACED

It’s a prison movie, and you know Mann isn’t gonna want to soften that up. I mean, it’s TV so we don’t get any profanity, racial slurs or rape, but it’s still got a gritty feel because it was filmed in Folsom with the real inmates all around, and plenty of establishing montages that are clearly just documentary footage. You can definitely tell that some of the supporting players are real cons. I wasn’t surprised when I read that Mann had to negotiate for each of the race gangs (white, black and Latin) to have representatives on screen and vow to prevent any race wars or riots during filming so the production wouldn’t be kicked out. I mean obviously it’s an unwritten rule on pretty much all movie sets that the actors should not be involved in any race wars. But I still give them credit for not having one. Apparently there were a bunch of stabbings, one fatal, but those were allowed. END_OF_DOCUMENT_TOKEN_TO_BE_REPLACED