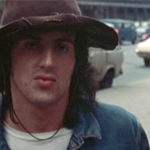 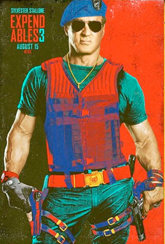 For all these reasons it’s weird to see him playing a lefty student radical, as he does in REBEL (filmed as NO WAY OUT). Released in 1970, this was his second real movie role, the first being the softcore movie THE PARTY AT KITTY AND STUD’S. This time he plays Jerry Savage, an anti-war activist who’s grown tired of useless campus protests and wants to do something that will make a difference. To that end he’s gotten involved with a Weather Underground type group that’s planning a bombing to protest a popular kitchenware company that’s making a side business of manufacturing tiger cages, “animal cages to hold people” that they prove are not only being used cruelly in ‘Nam, but are also being set aside for future use at home.

While they bring in a legendary black militant lady with bomb expertise, Jerry struggles. They break in and steal documents about the cages, which he thinks they need to expose before the bombing to win the propaganda war, but the others don’t think it matters. He hangs out with a couple different women who philosophize with him. One is a hippie-dippie chick who hates the city, takes him to her commune out in the boonies, and loans him a poncho. He likes that it’s quiet out there and you can get lost in thought, but she keeps jibber-jabbering about being one with nature and God and the universe and shit. She tries to push him toward pacifism, but he gets mad because he doesn’t think he can change the world that way. 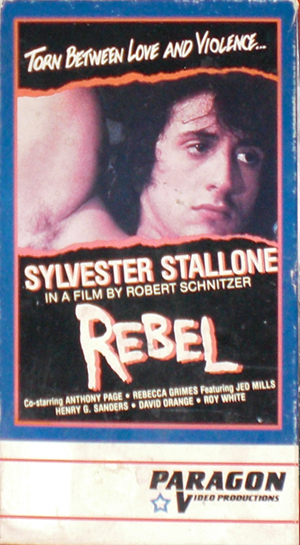 The other girl is one of the militants, who seems like she’s lived a harder life that won’t allow her the luxury of those hippie ideals. She says “I want to show you something” and does a sexy bellydance to bongo music. Also she tells him an emotional story of reproductive horror.

It keeps switching back and forth between the militants and the authorities who are onto them. The FBI, a reporter, the CIA, who actually have an undercover agent in the cell, even though they’re not supposed to be involved in domestic matters.

I believe the movie’s sympathies lie with the anti-war movement, but it does that thing of making the larger issue be “these protesters are going too far” instead of “this company is making money putting human beings in cages!” It’s a classic divide-and-conquer technique or self-defeating-short-sightedness, take your pick. We spend our energy on the side issue, nitpicking the protesters and ignoring the worse thing they’re protesting. “Sure, I’m against the war that’s causing the deaths of thousands and will have repercussions for generations to come in their country and ours, but more importantly these guys are dicks!”

It’s kinda like this thing that’s going on in the news in Ferguson, Missouri. A cop shot an unarmed black teenager several times while he had his hands in the air in surrender, killing him. Later there was a vigil for the kid and police showed up in riot gear with German shepherds and started shooting tear gas and rubber bullets, and made the press leave. There will be many debates about whether to believe the eyewitnesses or the anonymous killer. We will wonder who started it, the people with the candles or the guys in the scary armor and masks marching in and pointing the rifles at them. Either way something is very wrong here, something is broken in our country, in race relations, in law enforcement, in the justice system, in the trust between citizens and authorities.

But it will be broken windows that will dominate many discussions on both sides. In a city under military occupation by their own police department, of course shit is gonna get crazy. It turned into a riot and some assholes started smashing, stealing and burning shit, so THAT’S the story now. We’re all gonna take a stand on that. We are against looting and rioting. We are non-violent. Protest should be peaceful. Let’s make sure the next protest is peaceful. Oh good, the next protest was peaceful. Okay, we did it now. Problem solved! Wait a minute, what ever happened to that cop who killed the kid for not being on the sidewalk, did they ever figure out how to prevent that from happening again? I’m not sure. Oh well.

Fuck you. There are assholes and psychos in every walk of life. They are not the main issue here. Keep your eyes on the prize. The cops can worry about Jerry but we should be worried about these fucking tiger cages!

When we first see Stallone as Jerry it’s just like when we first see John Rambo: walking along a country road with a bag over his shoulder. The giant, goofy hat he’s wearing makes a big difference, though. I always thought it was weird in FIRST BLOOD that he’s assumed to be a hippie when he walks into town. His hair’s not that long or anything. But in 1970 it made sense. Here he is on the actual tail end of that era, when the ’60s attitude was still in full effect, not just leftovers. The opening and occasionally other parts of the movie splice in real footage of student protests, the March on Washington, Country Joe McDonald and Joan Baez singing.

(The hitchhiking scenes also reminds me of THE TEXAS CHAIN SAW MASSACRE. And the radio voices in this sound alot like the one at the beginning of that movie. I looked it up though and it’s not the same guy.)

This 24 year old Sly is the introverted Sly. Quiet, pouty, droopy eyes. Kind of seems like a lunkhead, kind of like a dopey male model. Stiff but with a slight hint of the deceptively thoughtful dude later nominated for an Oscar. But I don’t think it would’ve been easy to see this and guess that he’d be a star.

Without his presence there’s no god damn way I woulda made it to the end of this thing. I gotta offer the usual poorly transferred, panned and scanned VHS disclaimer. I’m sure the real thing looked better projected, but note that cinematographer Marty Knopf only has a couple other credits, and one of them is BLOWDRY, a porn ripoff of SHAMPOO. Not that I’ve, uh, seen both of those to really compare. I have seen one of the two, I won’t say which one. But I don’t think they were looking for the greatest possible craftsmen to work on this one.

REBEL doesn’t have particularly good filmatism on display, and not a very involving story. I did get a kick out of some of the music (credited to one-timer Joseph Delacorte), because it’ll be this folksy guitar and then suddenly a girl runs from the cops and it switches to funky wah wahs and gurgling Moog basslines. Only 1970 and it’s already the seventies.

There’s one cheap moment that’s surprisingly effective: rather than using pyrotechnics, you just hear an explosion and the camera jerks a little bit, as if the ground shook. Then the next shot has a bunch of smoke in it. Somehow it works. But I can’t really say that for the movie as a whole.

Sylvester Stallone
This entry was posted on Wednesday, August 13th, 2014 at 1:37 am and is filed under Reviews, Thriller. You can follow any responses to this entry through the RSS 2.0 feed. You can skip to the end and leave a response. Pinging is currently not allowed.