I crammed and watched WINTER’S BONE and 127’S HOURS this weekend, so I’d seen 9 of the 10 best picture nominees. I knew it was gonna be a bummer to watch the only one I hadn’t seen be the winner so I went and saw KING’S SPEECH too. END_OF_DOCUMENT_TOKEN_TO_BE_REPLACED

Frank Langella (MASTERS OF THE UNIVERSE) plays Richard Nixon, who was apparently some sort of president. Michael Sheen (UNDERWORLD, UNDERWORLD EVOLUTION, UNDERWORLD: RISE OF THE LYCANS, THE QUEEN) plays David Frost, who I guess interviewed Nixon one time. This is the story of them negotiating and then filming an interview over a couple days and a couple other conversations they had in between and afterward and what not. Explosive! END_OF_DOCUMENT_TOKEN_TO_BE_REPLACED 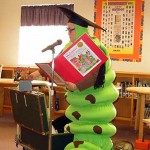 THE READER is the story of Michael Berg, a rich and successful German lawyer who is tormented that he cannot be emotionally open with the beautiful women he has sex with because when he was a kid he got sick and puked and a lady took him home and later he went to thank her but he accidentally saw her bush so he started to spy on her and then he helped her shovel coal and she gave him a bath but he got a boner so she got naked and they started to have sex every day and she liked him to read books to her but then she abandoned him and later when he was a law student he saw her in a war crimes trial and it turned out she had been a Nazi concentration camp guard who locked 300 people in a church and let them burn to death because she didn’t want them to escape and she took the blame for writing the report on it but he realized she didn’t know how to read but he was too afraid to speak up about it and she got a life sentence which made him feel guilty so decades later he started to send her tapes of himself reading books and she used those to learn how to read and then they were gonna let her out early anyway and he was gonna help her get a job but she hung herself so he took his daughter to her grave and started to tell her about it. the end. Best picture nominee, too. END_OF_DOCUMENT_TOKEN_TO_BE_REPLACED 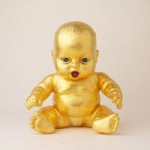 Just to prove that I don’t ONLY watch straight to video Steven Seagal movies (just mostly), I thought I’d send you my review of the latest from Clint Eastwood, America’s Badass Laureate. I know MILLION DOLLAR BABY is already playing in a few hotshot Oscar qualification type cities but I was lucky to see it before its official release here. In my parts this is early. END_OF_DOCUMENT_TOKEN_TO_BE_REPLACED