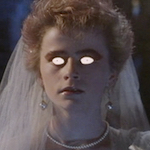 So I tried one of each. The one I’d missed was the Masters of Horror episode Haeckel’s Tale, from 2006. It’s adapted by Mick Garris (THE FLY II) and directed by John McNaughton “in association with George A. Romero.” According to Wikipedia that just means Romero was supposed to direct it but had a scheduling problem. Around that time he was starting DIARY OF THE DEAD and announced a thing that never happened called SOLITARY ISLE, so it must’ve been one of those. END_OF_DOCUMENT_TOKEN_TO_BE_REPLACED 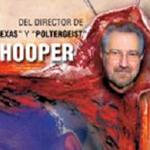 Not that it’s as good. Or even close. Like all Masters of Horror episodes, its TV budget, schedule, locations and crew dull the edge of any cinematic flair or authorial vision. That’s a bad mix with Hooper’s decision to go a little Tony Scott with the Avid farts and camera shakes. That style might’ve been intended as a translation of the showy writing style in the short story by Richard Matheson (whose son Richard Christian Matheson wrote the adaptation), but I found it cheesy and forced, with the exception of a long convertible joy ride sequence, where the camera movement effectively conveys the high speeds the characters are moving at both physically and mentally. END_OF_DOCUMENT_TOKEN_TO_BE_REPLACED