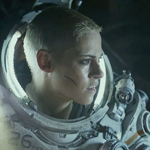 She’s the main attraction playing Norah, a mechanical engineer on an underwater station deep in the Mariana Trench. She happens to be awake and brushing her teeth the morning that her section of the station gets breached. As she runs from the flooding she tries to wake the others, but only a dude she barely knows named Rodrigo (Mamoudou Athie, Grandmaster Flash on The Get Down) makes it safely into the other chamber where she opens a panel and rewires it to close a door right before some others make it. END_OF_DOCUMENT_TOKEN_TO_BE_REPLACED