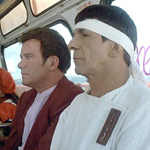 With this in mind I had to go to the experts to ask which STAR TREK picture I should watch for the Summer of ’16 Origins series, and I was prescribed STAR TREK IV: THE VOYAGE HOME (1986). I was under the impression that “the one with the whales” was the one everybody made fun of, but Wikipedia says it was well received, and according to my friends who grew up on it it’s the one they watch the most. END_OF_DOCUMENT_TOKEN_TO_BE_REPLACED 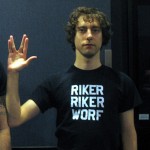 First off, an update on the International Badass Committee’s 100 Most Badass Films of All Time project. I am currently tabulating all of the mathematical equations, the scoring, the points and what not. It is a very complicated type of process which I will not bother to bore you with but let’s just say it requires both addition, subtraction and other forms of mathematical skills which, to be frankly honest I am not the best at. So if Soccer Dog: The Movie or some shit like that ends up winning, that is why. Human error.

Also did you know there is a movie out now called The Real Mackaw that is about a talking parrot named Mack that knows all the secrets of the pirates. I mean jesus these Hollywood people what goes on over there. END_OF_DOCUMENT_TOKEN_TO_BE_REPLACED

Tags: Leonard Nimoy, Star Trek
Posted in Documentary, Reviews, Vern Tells It Like It Is | 7 Comments »