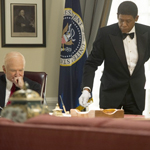 Also I know what Lee Daniels is thinking: that’s pretty cool that some crazy corporate bullshit that makes no sense caused me to get my name in the title like WES CRAVEN’S NEW NIGHTMARE or JOHN CARPENTER’S VAMPIRES.
END_OF_DOCUMENT_TOKEN_TO_BE_REPLACED 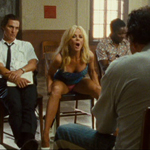 THE PAPERBOY is the new one from Academy Award nominee for Best Director Lee Daniels. That’s the guy that did PRECIOUS, BASED ON THE NOVEL PUSH BY SAPPHIRE as well as SHADOWBOXER, BASED ON THE IDEA THAT HELEN MIRREN AND CUBA GOODING JR. ARE ASSASSINS AND SHE RAISED HIM BUT ALSO THEY’RE FUCKING AND SHE HAS CANCER. I feel like the critical community embraced PRECIOUS without really picking up on how nutty it was, or doing a background check on Mr. Daniels’s previous work. So they did cartoony “wh-wh-whUHHH?” double-takes when THE PAPERBOY played at Cannes and had a part where Nicole Kidman territorially pisses on Zac Efron from HIGH SCHOOL MUSICAL. Because it’s a Lee Daniels movie.
END_OF_DOCUMENT_TOKEN_TO_BE_REPLACED

The two killers have a strong attachment, they take care of each other, and they are lovers. And, uh, they’re played by Cuba Gooding, Jr. and Helen Mirren. Hahem. END_OF_DOCUMENT_TOKEN_TO_BE_REPLACED