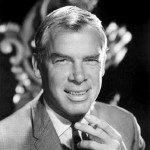 Lee Marvin plays Walker. Not Walker the Texas Ranger, this walker is a Badass criminal type who is betrayed by his partner and his wife and left for dead. But he resurfaces, sees his wife die of a drug overdose and then works his way through his ex-partner and a crim corporation called The Organization, trying to get back the $93,000 that was stolen from him. As you can tell the plot is very similar to 1999 Outlaw Award winner Payback. There is even one scene in Payback that seems to be a direct lift from Point Blank, and believe it or not alot of the characters even have the same last names! An even stranger coincidence is that both films are based on the same book, “The Hunter” by Richard Stark. I mean what are the chances of something like that happening it boggles the mind, in my opinion. END_OF_DOCUMENT_TOKEN_TO_BE_REPLACED