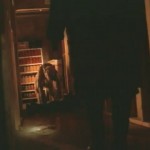 GINGER SNAPS is not a movie about cookies. It’s GINGER SNAPS as in THE SNAPPING OF GINGER or GINGER FINALLY SNAPS or THE STORY OF GINGER ACTUALLY SNAPPING. This is a horror picture for the strong independent women. That doesn’t mean it’s for pussies, ’cause it’s gorey and intense. END_OF_DOCUMENT_TOKEN_TO_BE_REPLACED