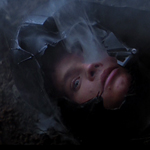 But oh, great, now the fucking Empire strikes back. How convenient. END_OF_DOCUMENT_TOKEN_TO_BE_REPLACED